Is More In-Class Time for Students Key to a Better Education? 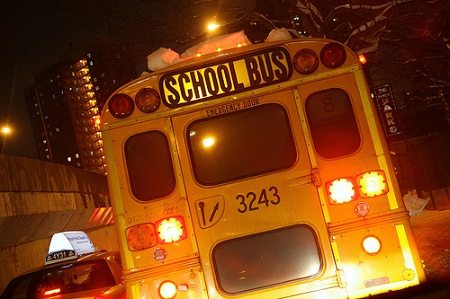 As part of a three-year pilot program, Colorado, Connecticut, Massachusetts, New York, and Tennessee will experiment with more in-school time for students (either via a longer school day or a longer school year). The aim of the program is to increase student learning and proficiency and, ultimately, to make U.S. students more competitive in the global economic marketplace. In addition to government funding on the federal, state and local level, the pilot program is receiving financial support from the Ford Foundation and the nonprofit National Center on Time & Learning (NCLT). The latter is dedicated to “expanding learning time to improve student achievement and enable a well-rounded education.”

Given that mission, it’s no wonder that NCLT Senior Researcher David Farbman is singing the praises of this pilot program on his organization’s Time Matters blog:

“For those of us (like me) who have been championing for many years the benefits of expanding learning time for children in high-poverty communities, today’s announcement is a pinnacle moment. In a very concrete way, the TIME Collaborative transforms the pilot project that we launched seven years ago in one state (the Massachusetts Expanded Learning Time Initiative) from a one-off into a harbinger. Now, schools in an additional four states (not to mention more schools in Massachusetts) will be able to bring the opportunities that come with more learning time to thousands of more children.”

In announcing the program in a statement, U.S. Education Secretary Arne Duncan said, “Whether educators have more time to enrich instruction or students have more time to learn how to play an instrument and write computer code, adding meaningful in-school hours is a critical investment that better prepares children to be successful in the 21st century.”

Meanwhile, a report issued last year by the National School Boards Association’s Center for Public Education does not support the idea that more time in the classroom will lead to better-prepared students. “According to data from the OECD and the World Data on Education, students in China and India are not required to spend more time in school than most U.S. students,” the Center states. The Center goes on to question the potential correlation between achievement and in-class time further:

“According to the OECD, the hours of compulsory instruction per year in these countries range from 608 hours in Finland (a top performer) to 926 hours in France (average) at the elementary level, compared to the over 900 hours required in California, New York, Texas, and Massachusetts. Of particular note, no state requires as few hours as Finland, even though Finland scores near the top of nearly every international assessment. As a matter of fact, Vermont – a high-performing state – requires the fewest number of hours (700 hours) for its elementary students (grades 1-2) than any other state, and it still requires more than Finland.”

On the other hand, the NCLT can point to research suggesting just the opposite, including a study by Harvard economist Roland Fryer that suggests that tutoring and adding 300 hours or more to the standard school calendar are the most significant factors that can improve student outcomes. NPQ is in no position to settle the dispute as to whether more in-class hours brings about better outcomes, but it’s clear that this should be a key research question in the newly expanded pilot project—one that should certainly be addressed in a comprehensive manner before any considerations of whether the pilot should be replicated on a wider scale. –Mike Keefe-Feldman