The Kids Are Alright: Millennial Generalizations Are Getting Old

In the United States, we love to group people into generations. Today, most adult Americans fit into one of four generations. There is the silent generation—born between 1925 and the end of World War II—which follows the “GI generation” (born 1924 and earlier) and “comprises roughly 20 million adults in their 70s and 80s.” The Baby Boom generation, born between 1946 and 1964, was, until very recently America’s largest demographic cohort. Generation X, born between 1965 and 1979 (full disclosure: this is where I fit), has about 65 million people. And, then there are the millennials, who the Pew Research Center tells us were born between 1980 and 1997 and, in 2015, surpassed Baby Boomers in numbers; they represent 75.4 million people.

Since 2009, the Case Foundation, in partnership with Achieve, has engaged over 100,000 millennials through surveys, focus groups, and one-on-one interviews with the goal “to accurately capture and comprehend” how young adults engage with philanthropy or giving—what Case and Achieve label “cause engagement.”

In their work, Case and Achieve employ a mixed-methods approach that combines focus groups, quantitative surveys, and ethnography. Their latest report, titled “The Power of Voice: A New Era of Cause Activation and Social Issue Adoption,” was released on September 19th and represents the quantitative “phase 2” of a three-phase annual report. It is based on survey responses from 3,000 people, and some interesting findings can be found in the report, including:

Sometimes, though, the authors stretch the data a bit too far. For example, take the claim that “a larger percentage of millennials (65 percent) reported voting in the 2016 presidential election than the percentage of the American public (55 percent).” While technically correct, this so-called finding ignores the fact that Americans of all ages tend to over-report voting. According to data compiled by the United States Elections Project, at least for those millennials under the age of 30, there is little evidence to suggest that young voters’ turnout was greater than their parents’ and, in fact, the turnout data show that consistently over the past two decades, as voters age, they vote more frequently.

Then, of course, there are the broader challenges that arise from the entire enterprise of generational analysis. First, of course, the boundary lines are arbitrary and definitions differ. Goldman Sachs tells us that the millennial generation is 92 million and includes folks from 1980 to 2000. Researchers Neil Howe and William Strauss, who are sometimes said to have coined the phrase “millennials,” posit a starting date of 1982 and an end date of 2004. And then there is the question as to what to call the post-1998 (or 2000 or 2004) generation. A wide range of names have been proposed, including Gen Z, iGen, Posts, Homeland Generation, ReGen, Plurals, the Navigators, the Regenerators, the Builders, the Bridge Generation, and MTV’s winner—and really, why shouldn’t a cable network play this parlor game, too? —the Founders.

It all gets a little confusing, albeit perhaps entertaining, as this is one place where you’re allowed to make gross generalizations that would hardly be acceptable if we were talking about race or gender or ethnicity. I recall attending a conference this past summer where a panel of three experts in their forties and above explained to a room in which at least a third of attendees were millennials what their generation was about. The millennials attending were not amused.

When Pew surveyed folks from all four adult generations in 2010 to learn what made them unique, it was encouraging to see that all four identified “smarter” as one of their generation’s unique traits. But since we do build knowledge, as Isaac Newton famously observed, on the shoulders of those who came before us, maybe each generation really is smarter than the last.

One of my favorite findings is that, as Pew writes, “with immigration adding more numbers to its group than any other, the millennial population is projected to peak in 2036 at 81.1 million.” Pardon me for thinking that the idea behind the “generation” concept involved common grounding cultural experiences. Or, as this article puts it, “Generational researchers argue that a shared experience of major events during formidable years, coupled with the shared experience of being raised by a certain generation with its own values, creates a generation with a unique bond and common attitudes.” Anyhow, these six million (or more—it’s surely higher since the 5.7 million difference is a net, not gross, figure) future immigrants who come to the United States in their adult years logically don’t fit this at all, but you have to group them somewhere.

Of course, this is not to deny that common generation cultural experiences can and do shape worldviews. To paraphrase the Bard, the fault lies not in the categories, but in ourselves. So, how should we think of millennials and generational analysis more broadly? A good start might be to get beyond the savior or slacker binary. Case and Achieve are hardly the worst offenders, but they are not immune either. After all, in their goal statement, they label the millennial generation “fearless.” Sure, there is serious research here, but “fearless” is a term that seems to involve more cheerleading for today’s youth than meaningful scientific analysis.

One would think it wouldn’t be necessary to call out people for writing articles entitled “How Millennials Will Save the World.” Another article, titled “Lazy, entitled—or maybe just young,” is only slightly better. At least that article itself actually critiques the slacker claims. A few years back, Joel Stein, writing for Time, somehow managed to raise both the slacker and savior monikers in the same article, calling millennials the “Me Me Me Generation” and ranting, “Millennials got so many participation trophies growing up that a recent study showed that 40 percent believe they should be promoted every two years, regardless of performance,” while still asserting that millennials would “save us all.” On the plus side, Stein’s article did encourage some very entertaining rebuttals, including a delightful cat magazine cover parody.

Beyond escaping the “slacker or savior” binary, it would be highly useful to disaggregate. Some readers may recall The Big Chill, a classic film on the Baby Boom generation. Ever notice that the cast was nearly all white and certainly middle or upper class, heteronormative, and so forth? Just possibly, people of color growing up working class in the Baby Boom might have had different formative cultural experiences in some areas than their white counterparts. In short, what “we know” to be “true” about the Baby Boom might not be. The same is the case with the millennial generation, as the data from Case and Achieve make clear, if only we were to pay attention to the nuances as well as the broad generational findings.

Here’s just one counterintuitive finding that results when you look under the covers: according to Case and Achieve’s survey data, Donald Trump outpolled Hilary Clinton among white millennials by a margin of 46 percent to 41 percent. Such findings help us, perhaps, to understand the depth of the current roots of the white nationalist movement that has erupted in this country.

There is also the fact that, ultimately, the studies being conducted are supposed to guide philanthropy. If I wanted to raise money for my nonprofit, I doubt that I would want to try to market to 75 million people. No, to the contrary; I would want to identify my niche and tailor my pitch and message accordingly. Anyhow, it would be a breath of fresh air for someone to pierce the generational veil and look more closely at what are the common stories and experiences that inform the millennial generation and the different stories and experiences that shape subgroups within this generation. In this day and age of narrowcasting, surely it is high time to do so. 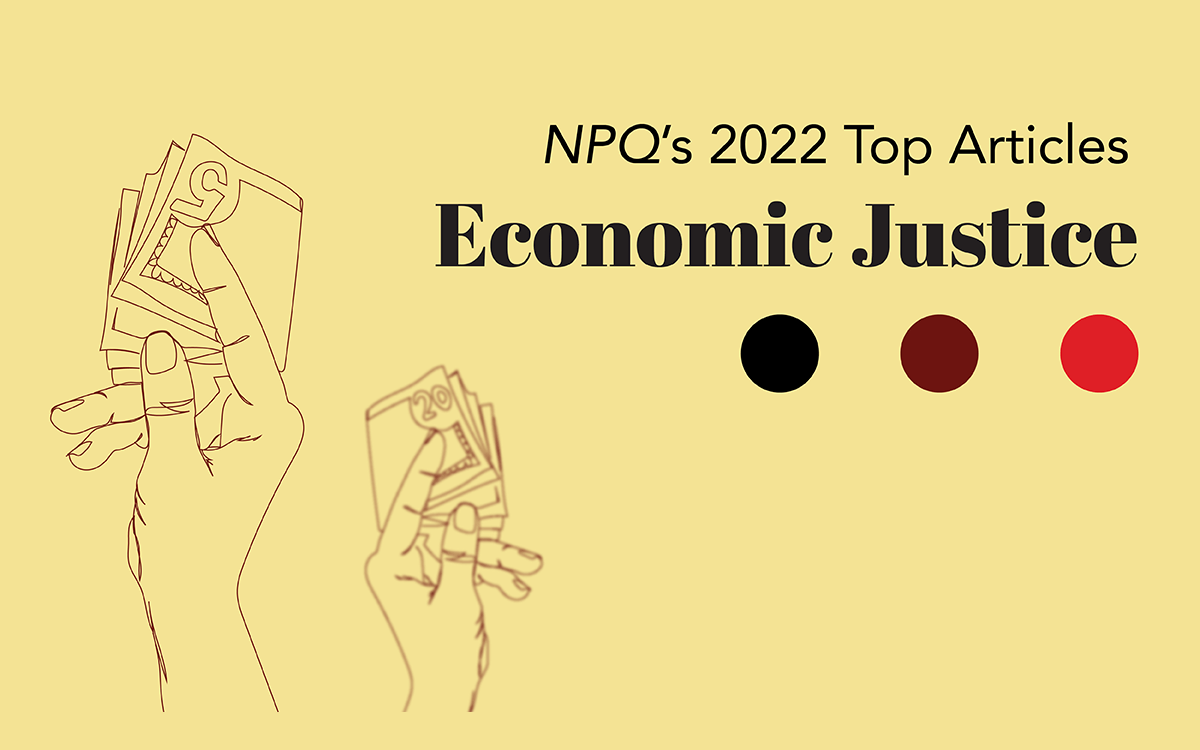