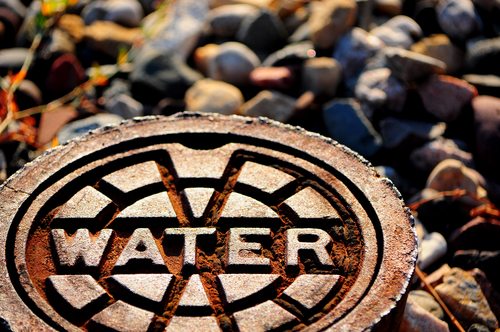 The Los Angeles City Council has approved a plan meant to end a drawn-out legal and political battle over financial records at two Department of Water and Power (DWP) -affiliated nonprofits, according to the Los Angeles Times.

The deal adopts conditions that would have to be met before additional ratepayer money is provided to the groups, linking a pending payment of nearly $4 million to more than a dozen requirements, the main one giving city officials “unfettered access” to the non-profits’ internal document, so they could complete audits covering the last five years.

The proposal still must be negotiated with the utility’s largest employee union, and requires city officials to abandon an effort to seat two allies of Mayor Eric Garcetti on the non-profits’ boards. And, both the city and union officials would have to drop lawsuits stemming from the dispute.

The Times reported that “the effort to end the feud Wednesday stood in marked contrast to nearly a year of contentious charges and countercharges surrounding the nonprofits and the union’s refusal to release detailed records showing how in excess of $40 million had been spent over the last decade.”

The nonprofits, created to improve management-labor relations and worker safety, have been jointly overseen by the International Brotherhood of Electrical Workers (IBEW) and DWP management. Garcetti and City Controller Ron Galperin, who repeatedly and unsuccessfully demanded the release of financial records, support the plan.  The leader of the DWP union said he supports the “principles” behind the plan.

The dispute came to a head after the Times reported that officials had very little information on what the two nonprofits had done with tens of millions of ratepayer dollars since their creation. The union argued that the funding was no longer public, and subject to public scrutiny and auditing, when it was transferred to the non-profits.

It is not clear how much of a role the nonprofits have played in promoting safety at the DWP, but they spent about $1 million a year to pay the salaries of a few employees, including an IBEW official.  Things got complicated when the union warned city officials they were asking for “trouble” if they withheld this year’s payment. When Galperin announced he would not make the payment without completing a thorough audit, the IBEW filed an unfair labor practices claim, accusing the city of violating its labor contract with them.  Several Council members worried that continuing to withhold the money would jeopardize concessions in the contract, including an IBEW agreement to forgo raises for three years.

The plan adopted by the Council says the city would be able to audit past spending and performance, but future audits would be performed by an outside auditor agreed to by both sides.  The city also would withdraw its seating of two new management trustees appointed by Garcetti, and instead seat the DWP general manager and one of her subordinates, who are viewed as less politically aligned with the Mayor.

The DWP union strongly supported Garcetti’s opponent in the 2013 Mayoral election, and their relationship has been rocky from day one.  It has supported the election of at least nine of the City Council’s 15 members, although the Council President said that “nobody is doing this because they are kowtowing to anyone else,” but that the deal will avoid what the Times called a knotty legal dispute.

The Times editorial called the deal “a smart compromise that could both de-escalate the political battle and provide long-sought and much-needed transparency…Garcetti and Galperin have waged a righteous fight for transparency and public accountability.  City Council leaders have crafted a sensible proposal that upholds those ideals.  Now, the IBEW should embrace the deal and let the DWP get back to the business of providing water and power.”—Larry Kaplan