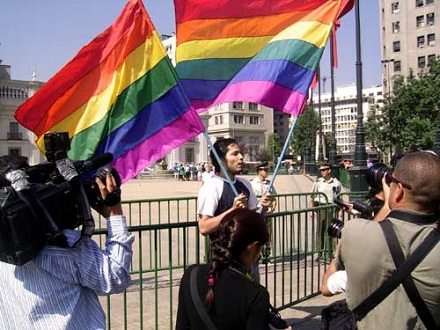 On Monday, 21 of the nation’s leading Latino organizations announced their endorsement of a comprehensive public education campaign, Familia es Familia, aimed at building support within the Hispanic community for acceptance of LGBT family members.

The groundbreaking initiative provides bilingual and culturally appropriate resources and information to empower voices within and from Latino families and communities. The campaign also provides training, technical assistance, and support to coalition members and spearheads a national effort to educate the public through a range of viral components that include an interactive bilingual website rich with videos, resources, and publications; social media platforms such as Facebook, Twitter, and YouTube; and an organizing campaign to engage the community through their mobile devices.

“The polling shows that many in the Latino community already understand that there is one struggle for equality, a struggle that benefits from appreciating common mission,” Thomas A. Saenz, president of the Mexican American Legal Defense and Education Fund said in a statement. “Familia es Familia is a campaign that will help to deepen the understanding that a discriminatory deprivation of rights on any basis is a cause of concern for all. Together, we can overcome all of the irrational biases that adversely affect any member of the Latino community.”

“A growing majority of Latinos in this country know that every gay or lesbian person is part of someone’s family—a son or daughter, a brother or sister, a loved one—and the more conversations we have, family member to family member, the more support for the freedom to marry grows,” said Evan Wolfson, founder and president of Freedom to Marry. “Latino gay couples seek the freedom to marry to affirm and strengthen their love, their commitment, and their ability to take care of each other and their families; government should not be putting barriers in their way. Freedom to Marry is proud to be supporting the Familia es Familia campaign to lift up Hispanic voices and stories as together we make the case for ending the exclusion from marriage.” – Erwin de Leon