Learning from Arkansas: Social Progress in an Age of Polarization 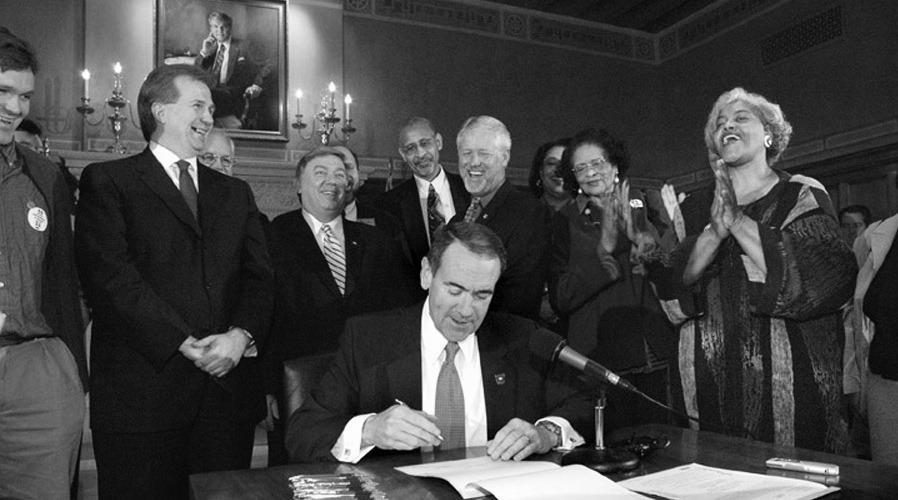 What does a small, southern state have to teach the rest of the nation about how to make progress during challenging times on big social issues like education, health care, tax and budget priorities, the environment and more? The surprising answer is—plenty.

Many Americans today wonder what good government looks like, what it can accomplish, and whether our political system is capable of meeting our basic social needs. Nowhere is this skepticism deeper than in the South and the Midwest, where the culture wars have combined with a historic recession to produce a toxic political environment that makes even the simplest government decision a lightning rod for reaction that encourages inaction. In the midst of this storm, the small state of Arkansas has been making remarkable progress on a range of issues—under Republican and Democratic leadership—with little fanfare. The state’s ability to take on and solve big problems is a huge strategic advantage and the lessons are important for reformers across the country.

Consider the transformation of the Arkansas education system in recent years, from raising standards and boosting teacher pay to renovating facilities and more. Arkansas created a free and high-quality preschool system that reaches most of the state’s low income children. And the state put resources in to support the reforms, investing more than one billion more dollars per year in education today than it did just 10 years ago, all while other states across the country cut education spending.

Beyond education, Arkansas kept a balanced budget and raised the tax revenue necessary to avoid the painful cuts in the social safety net that have crippled other states. It eliminated income taxes for families in poverty, cut the sales tax on food, and provided quality health care to most of the state’s children. It expanded economic opportunities and created a state task force to reduce poverty. Arkansas made progress on climate change, water quality and conservation. And, with a few notable exceptions, Arkansas avoided passing laws on issues that drive us apart, like immigration, abortion and sexual orientation.

Many of the problems plaguing the nation have been more pronounced in Arkansas for generations—inadequate educational opportunities, poor health, widespread poverty, racial divisions—but that is starting to change. Today, Arkansas is leaping past other states in several important categories like children’s health and education. The state is moving up while others are stagnating or even moving backwards with crippling state budget shortfalls and polarized politics that leaves government unable to solve big problems.

In “Ripe for Reform: Arkansas as a Model for Social Change,” Dr. Jay Barth, a political science professor at Hendrix College and co-author of the definitive Arkansas Politics, examines Arkansas’s unique history of tension between progressive reformers and traditionalists who protect the status quo. It’s not a partisan history. There are plenty of examples of reformers and traditionalists from both parties, and their shared policy accomplishments have been stunning. Recent decades have seen a slew of wins by Democratic and Republican politicians who ran as reformers.

Barth identifies five structural advantages for reform that are uniquely Arkansan, including our culture, our state’s small size, a strong nonprofit community, our history of reform and the ability to impact our region and nation.

Among those, Arkansas’s unique culture is the most important advantage. Residents have a long history of caring for those in need while being leery of the reach of government into their private lives on social issues. In this rural state, where most of us really do know one another, personal relationships still drive our politics (as well as everything else). People have easy access to their lawmakers and they get past disagreements to maintain the friendships they depend on. These advantages add up to a culture of progress and a golden opportunity to continue solving the big issues still holding us back: education, poverty, racial disparities, prison reform, public health, economic development and protecting our environment.

Arkansas nonprofits are using the state’s advantages to make progress on core quality of life issues. They organize at the grassroots level to transform communities and to hold lawmakers accountable. They develop innovative models for working on hard issues in a tough environment. They build relationships with decision-makers in state government, the business community and the media. Most importantly, they collaborate to raise money, wage campaigns, do strategic planning, educate the public, and inform lawmakers in ways that leverage each other’s organizational strengths to achieve more reform than any could achieve alone. And they have the support of anchor foundations, such as the Winthrop Rockefeller Foundation (WRF), which are investing in the long-term capacity of the state’s nonprofits.

“Because Arkansas is small, you can see change here. You can organize quickly. You have access. You can see how your investment will make a difference,” said Dr. Sherece Y. West, president and CEO of WRF. “By supporting the Ripe for Reform report, WRF saw an opportunity to document the unique assets Arkansas has for envisioning and implementing policy change capable of moving the needle on poverty and educational attainment in the state.”

What is holding Arkansas back if it is so primed for reform? Barth explains that despite recent progress, Arkansas has been electing leaders entrenched within the status quo for decades. The “Ripe for Reform” report is not meant to whitewash our problems. Rather, Barth points out Arkansas’s rare ability to keep tackling the hard issues together and to build on what the state has accomplished against almost everyone’s expectations.

Today, Arkansas is at a crossroads. The unique environment that fostered the recent remarkable progress is jeopardized by the divisive national political culture seeping into the state. The way Arkansas responds to the new polarizing political climate will again have important lessons for those facing the same issue in tougher environments across the country.

Bill Kopsky is the executive director of the Arkansas Public Policy Panel.