Lessons from a Board’s Failure or Campus Coup Squelched 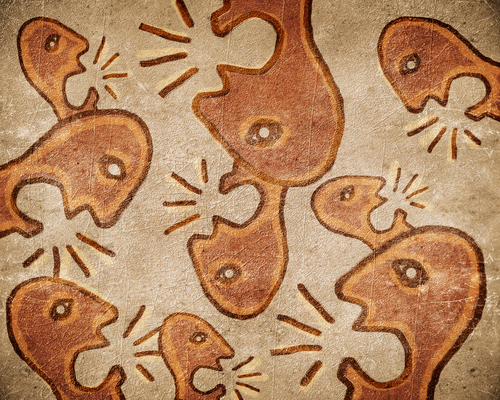 Last June, the University of Virginia’s governing body, called the “Board of Visitors,” made an unexpected move. They asked University President Teresa Sullivan to step down. By the end of the month, the Board stunningly reversed its decision. What happened in between her firing and re-hiring is another great example of the tension between closely held power and the public will.

Andrew Rice’s New York Times Magazine cover story, Anatomy of a Campus Coup, points out that the reason the Board wanted Sullivan out was because of a difference in philosophy. The Board Chair felt that Sullivan was not strategic and decisive enough in her actions to bring change to an institution that deeply required it. Sullivan, on the other hand, spent a great deal of the last two years listening to faculty, students, and donors, building consensus and making incremental changes within an environment steeped in tradition and custom. Regardless of who was right or wrong, the whole process broke down because of how the Board President and the Board of Visitors as a whole conducted themselves.

First, the Board did not communicate a clear direction to Sullivan. They sent mixed messages and did not provide her with their expectations. Second, the Board President proceeded to work around the open-meeting law by having one-on-one discussions regarding ousting Sullivan. And third, the Board engaged in limited (hand-picked) discussion to build their case why they should get rid of her. They considered the power of this public institution to be in the hands of a small closed group of politically connected and wealthy individuals. What they overlooked is that being a public institution, the University of Virginia lives within a public space (like all nonprofits), shaped by students, alums, unions, faculty, and small dollar donors, along with the Board of Visitors.

As soon as Sullivan’s forced resignation was announced, students and faculty launched into such a frenzy that the Board immediately lost control of the situation. The Board found themselves on the wrong side of a movement of people who were skeptical of their actions and worse yet, thought they were no longer trust worthy. Whereas Boards are meant to represent the public will, this Board did not consider carefully how these stakeholders would react to their actions, nor did they realize how quickly they could turn into an angry, yet organized, coalition.

We have been hearing this story over and over again this past year, with Susan G. Komen for the Cure attempted defunding of Planned Parenthood being the most high-profile of these. Board and executive leaders, public officials, and politicians all need to recognize that the rules for taking action in the public space have changed significantly and that closely held power within this space does not hold the definitive weight they think it does. When you engage the public and they join your effort, expect that they will take ownership. They may not hold any official position, but their engagement has earned them the right to comment on your actions and organize to exert their will. Obviously, technology and social media have amplified this. More importantly, the public is realizing its power to influence the direction of events, and is becoming more and more willing to exercise that power. Some leaders of public institutions find it challenging to cultivate vibrant public discourse while taking meaningful action that moves their organizations forward. Some want nothing to do with full public discourse. To them it seems easier to work in secret, exert their point of view, and ignore what other stakeholders have to offer. Today, they do this at their own risk.

In the words of the founder of the University of Virginia, Thomas Jefferson: “All tyranny needs to gain a foothold is for people of good conscience to remain silent.” He would be proud to know that the public is not silent.

Carlo Cuesta is cofounder and lead consultant of Creation In Common.

Also, he is an adjunct professor at University of Minnesota and conducts keynotes and workshops for a variety of groups around the country including Association of Fundraising Professionals, Minnesota Council for Nonprofits, and Alliance for Nonprofit Excellence.

Carlo Cuesta, MBA, is co-founder of Creation In Common, a Saint Paul, Minnesota–based consulting firm, and an adjunct professor at the University of Minnesota.

More about: Board DevelopmentEducationManagementManagement and Leadership