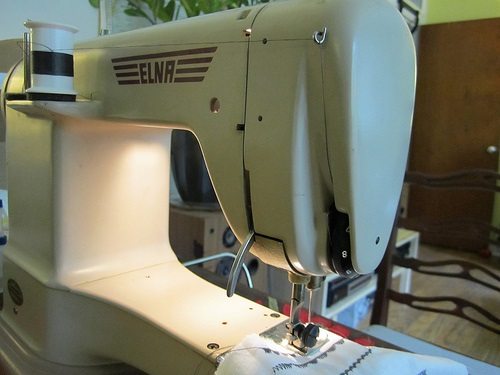 Sure, we can all find books in our local libraries, but does your library let you check out a camera? Maybe a printer? Or how about a sewing machine? If you live around Sacramento, California, you may be in luck. The Sacramento Public Library is launching a program called “Library of Things” to expand its collection beyond just books, films, and music to provide other resources community members might need, from tools to technology.

According to library spokesman Malcolm Maclachlan, the idea behind the program came from its patrons who live in urban settings and don’t necessarily have the space for objects they don’t normally use or would use only on occasion. “If you need to use a tool once, you don’t necessarily need to own it.”

The question of what exactly will be available for lending and borrowing will depend on what the community suggests. Community members have been able submit their ideas through the library’s website and will be able to continue to do so through next week. Once ideas have been submitted, they will appear as comments on the page. The most popular objects will be purchased. (Within reason, of course; the library has allotted a budget of $3,900.) So far, the two most popular ideas, tied at 150 votes each, have been a sewing machine and video games—clearly, a variety of demographics are being served here. In response, the library has already bought six sewing machines and expects to begin circulating them by mid-February.

Other suggestions also include practical items like laptops, phone chargers, and instructional aids for schools (such as calculators). And then there’s the suggestion for a drone. I guess you never know when it could come in handy. However, jokes aside, the project might encourage individuals to invest their time in something they may not have had previous access to, taking up photography with a borrowed camera or sewing on a rented machine.

“It could get people interested in sewing and crafting who maybe can’t afford it,” said Stephanie Bucknam, a volunteer at the library. Bucknam offered to teach a sewing class at the library upon hearing about the program. “I thought since I already volunteer, I should volunteer time for this.”

The community the library is so diligently serving is the same community that forked over $12 extra dollars per household last year to ensure it could continue functioning properly. Like many other local libraries, funding and contributions are needed to ensure they can continue to provide necessary services. For this project, some of the funding is coming through a federal grant, while another $2 million in funding has also given the project financial stability, according to the library’s director, Rivkah Sass.

The “Library of Things” is only part of a larger creative development of public libraries. In a response to our changing society, libraries are going “bookless,” lending tools, offering classes, or expanding into research institutions to become modern forums of innovation. Last September, a new initiative, Outside the Lines, recruited libraries from all over the country to participate in a weeklong event to celebrate the “creativity and innovation happening in libraries.”

Lori Easterwood, the manager of the “Library of Things” program, also hopes it will remind the public of the impact a library can have in its community. “It’s when you create a project that gets people’s attention that you remind them about the other things the library has to offer.”—Shafaq Hasan