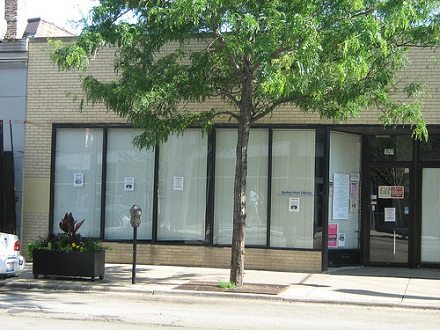 The Gerber/Hart Library and Archives, the largest lesbian, gay, bisexual and transgender (LGBT) library in the Midwest, is moving to a new location. Library President Karen Sendziak says the move is warranted, that rent is increasing and that the new facility will be a vast improvement on the present ramshackle arrangement. Some patrons and former board members, however, are not happy campers.

The library has been in the Edgewater neighborhood of Chicago for more than a decade. Its archive holds irreplaceable historical documents and ephemera that chronicle the lives of LGBT people and organizations in Chicago and across the Midwest, some dating back to the advent of the LGBT civil rights movement. Critics of the long-standing president claim that Sendziak had been making major decisions unilaterally, alienating library members and other stakeholders. Sendziak, along with Gerber/Hart’s three-member board of directors, released updated by-laws in March which stripped members of their voting rights and reduced the required number of board members to three, down from 18 under the organization’s 1996 bylaws. The new bylaws also allowed Sendziak to stay in control longer. Former board members said such drastic changes would have required a membership meeting and claim that none took place.

“I’ve never questioned Karen’s dedication,” Owen Keehnen, a historian and former board member told the Chicago Tribune. “But … there comes a certain point where dedication, especially with something like a library or an archive, can become a protectiveness that keeps people out rather than inviting people in. And I think that’s very dangerous in a community organization.”

Sendziak repudiates the way she has been characterized. “It is befuddling,” Sendziak said. “It’s like living in an alternate universe. The way other people have been interacting with us, there’s nothing there. Once people found out we were going to move, we got some very positive responses by phone and e-mail.”

Don Landers, a past president of Gerber/Hart and one of the remaining board members, came to Sendziak’s defense: “She puts her entire life into making sure that money is spent in a frugal fashion and the library is in very good financial standing,” Landers said. “As far as her ability to attract donors and people who will leave money to the library, she’s been more successful than any president I remember.”

“I think in any volunteer organization, you’re going to find people who are displeased with the way some things are handled and feel things should be more transparent,” he added. “There’s not much you can do about that.”

But a letter from two former board members and 10 other community members to Sendziak stated, in part, “The archives are impenetrable, and there is virtually no access to them except through you. You have made it impossible for others to take on leadership to help fulfill the mission of the organization.” The Chicago Tribune notes that a reporter who asked Sendziak to see the archives was not allowed entrance due to “boxes blocking the doors.”

Is this a case of an autocratic executive or of disgruntled stakeholders who feel left out? Somewhere in between, perhaps? It may all be moot, since it seems the move will happen. The future of the library should nonetheless be of concern not only to its patrons or the LGBT community, but to all those who care about American history. And really, that ought to be all of us. So let’s keep an eye out on the Gerber/Hart. –Erwin de Leon