Limitations to Growth: What Drove This CSA to Fail? 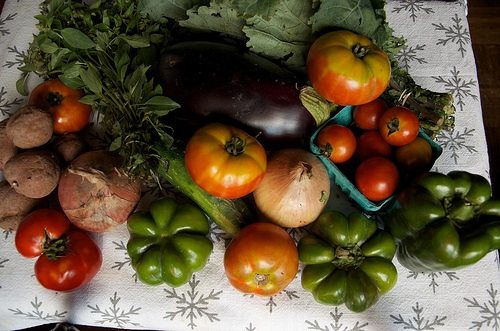 The news that Grant Family Farms in Colorado filed for bankruptcy in December probably frightened a few people. After all, the demand for locally grown produce has never been higher, and residents of every part of the country are showing a growing interest in connecting with local farmers. Grant Family Farms was the largest community supported agricultural (CSA) program in the country, so its demise left many wondering if that signaled a problem with the CSA business model. Grant Farms launched as a typical CSA in 2007. As is standard for many CSAs, members paid up for a share of the farm’s crop and also shared some of the risk involved in farming. When it announced its bankruptcy, Grant Farms had 4,500 members and also supplied food to Colorado grocery stores. People pointed to Grant Farms as an example of how farms could streamline the delivery of fresh produce to consumers.

But most experts don’t see Grant Farms’ failure as a cause for concern in the CSA movement.

The Denver Post surveyed other CSAs and growers. Its conclusion? “The surprise closing is more indicative of a troubled business that simply got too big, almost four times larger than its nearest contemporary, according to interviews.”

“Their scale was very big,” Joe Miller, who owns what’s believed to be Colorado’s second-largest CSA, told the Post. “They were always trying to hit a home run, growing unique vegetables, things no one else would carry, on the hopes they’d be the only supplier. But it didn’t seem to work out.” In fact, most of the news about CSAs these days is far more optimistic. The Local Harvest website states that, while there is no official count, CSAs have been on the rise for the past 20 years. Its database, believed to be the most complete, lists more than 5,000 CSAs throughout the U.S. Newspapers across the country are currently reminding readers to sign up for CSAs now, since the demand for shares in local farms is often greater than the supply. For example, the Washington Post recently published an interactive map showing almost 70 CSA farms in its coverage area, warning readers that the CSAs in the region sell out early, so they should sign up quickly.

The U.S. Department of Agriculture has created a new loan program to help small farmers, citing consumers’ growing interest in locally produced food. Agriculture Department Secretary Tom Vilsack told The Associated Press that farmer-to-consumer sales are shooting up and that farmers’ markets have seen a 60 percent increase over the last three years.

In Colorado, the demise of Grant Farms may actually be a blessing for other CSAs, where consumers have gotten a taste of fresh-from-the farm produce and seem to be hungry for more. In the U.S. overall, the data points aside from Grant Farms seem to suggest that the farm’s bankruptcy was an isolated incident, though perhaps it may also be a warning to other small farmers and CSAs to build their businesses slowly. –Mary Jo Draper