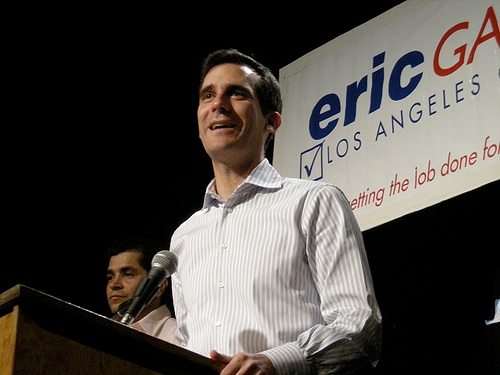 Los Angeles Mayor Eric Garcetti, who just completed his first 100 days in office, announced this past week the appointment of a senior program officer from the giant California Endowment to serve as interim director of the Office of Strategic Partnerships, coordinating public and private efforts on various civic programs and policies.

In her job, Beatriz Solis will seek to leverage partnerships—primarily with institutional, corporate and family foundations—to fund initiatives being pursued by the City, usually in conjunction with community-based nonprofits. The office, which was established by former mayor Antonio Villaraigosa when he took office in 2005, works closely with thousands of Los Angeles nonprofits, often as a convener, resource, booster of philanthropy and civic culture, and source of moral support.

The Los Angeles Daily News reported that Solis will be paid $1 a year and is on loan from the Endowment, where she is director of health communities for the southern region. This arrangement is similar to one in the State of Michigan. The Endowment, formed in 1996 when the nonprofit Blue Cross of California was sold to private insurance carrier WellPoint, is one of the largest institutional foundations in the U.S. and focuses primarily on public health.

Los Angeles is one of the few state or local governments with a high-ranking political aide dedicated to forming municipal partnerships with philanthropists and charities, a stark contrast to many local governments, which vigorously compete with non-profits for scarce funding resources. Soliz is the second $1 a year executive hired by Garcetti; he recently named a film executive to work with him to lobby the state government for tax incentives in an effort to halt runaway movie and TV production.—Larry Kaplan