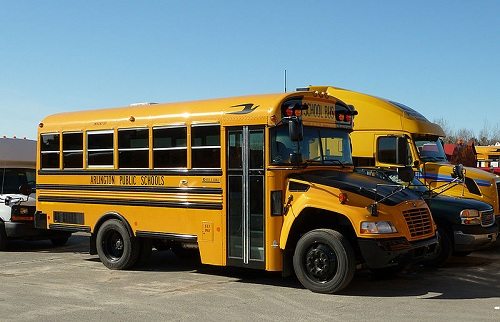 In Maine, a majority of legislators have come to an agreement that all charter schools should be run by nonprofit organizations. This would block the common practice of having a nonprofit organization get the approval to run a charter school, and then contract with a for-profit company to manage that school. Critics of the Maine legislation have said that there is already an oversight body in place that examines all charter school applications, and the state should simply let this group do its work. Supporters of the bill have said, however, that it will address the spotty record of for-profit management of charter schools, and will remove the impulse to race to the bottom in the name of saving a few dollars in education.

Those who created the idea of charter schools thought of them as a way for creative teachers and administrators to function within the public school framework while being given enough leeway to pursue their ideas for improving education. The system has evolved a great deal since then, and in some states there are more charter schools run by for-profit corporations than by nonprofit organizations. One basic difference is that by law, no money in a nonprofit can go to the “private inurement” of any individual person, so theoretically all of the money invested in a nonprofit charter school has to go toward educating the students. A for-profit company is just that: for profit, which means that some of the money is being put to the benefit of any owners or shareholders, and not to educating children.

A number of articles on the Internet address some of the ways that for-profit companies make money through their involvement in charter schools, some of which are rather shady. One suggests that for-profit corporations will promote creation of a charter school, and then buy the property the school will build on, receiving New Market Tax Credits for it. Then, the for-profit company charges rent to the charter school, which can be as much as 40 percent of what’s received per pupil from public funds. In this way, the for-profit corporation and its owners make money from public tax dollars in two ways: the New Market Tax Credits and the funds from the school district. Even if this kind of behavior is rare, it does point to the dangers inherent in inviting for-profit motives into public education, especially at a time when schools around the country are struggling with issues of the achievement gap.

NPQ has reported regularly on the growing debate over whether one should be skeptical of for-profit corporations using public funding to run charter schools. In April, we wrote about legislation similar to this one in Maine being considered in Mississippi. In June, we had coverage of a conservative-funded report that leveled some mild criticism at the practice, and recommended limited changes in the charter school structure.

The bill in Maine still has hurdles to vault. It faces more votes in the House and Senate, and could eventually be vetoed by the governor. But, as Senate Majority Leader Seth Goodall, a Democrat, has said, “We ought to be focusing every single dollar on our children, on their education…This is a really clear decision: Are we going to be investing every single public dollar into public education or will public dollars be sent to the bottom line to return to shareholders and investors.”—Rob Meiksins