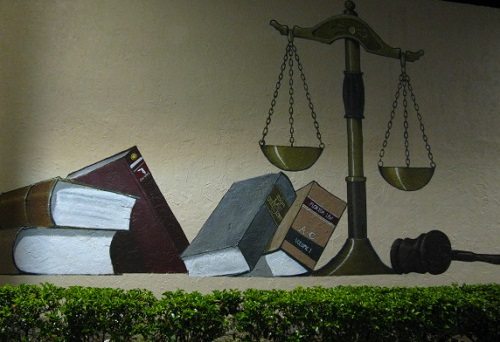 Hundreds of Massachusetts attorneys joined forces and visited the state capitol in Boston last week to lobby for increased state funding for civil legal aid programs. This funding has been hard hit in the last six years; according to the Equal Rights Coalition, it has dropped 85 percent since the 2008 fiscal year. Funding for legal aid is an issue about which all nonprofits should care deeply, since it provides civil justice that would be otherwise unavailable to low-income people on issues like housing, benefits, and domestic violence. As such, it complements and advances the work of many types of community groups.

“Civil legal aid represents the most vulnerable members of our society,” said Lonnie Powers, the executive director of the Massachusetts Legal Assistance Corporation (MLAC). The governor’s proposed budget allots $13 million to legal aid, but the attorneys’ group was lobbying to increase the amount to $17 million. “We’ve lost almost 40 percent of our lawyers in the last six years,” Powers said, “and even with the additional money we’ve been asking for, we’re not going to be able to replace all those lawyers.”

This article in South Coast Today focuses on South Coastal Counties Legal Services, funded in part by the state’s civil legal aid, which serves its readership. The nonprofit has helped many homeowners and tenants fight foreclosure:

“We’re here because we believe that access to justice is critical to providing stable housing for people and good educational opportunities,” Susan Nagle, its executive director, told Today. South Coastal Counties Legal Services serves the five counties of Southeastern Massachusetts and has helped many homeowners and tenants fight foreclosure and eviction—including, according to Nagle, one man whose foreclosed home had been in his family since the 1940s. “We were able to stop an eviction and help him negotiate a buyback of his home.”

NPQ has written repeatedly about the reduction of funding for legal aid, We would like to see some of this sector’s leaders speak out more about its core value to social justice and social safety-net work.—Larry Kaplan

Disclosure: Lonnie Powers has been a member of NPQ’s Reader Advisory Committee.