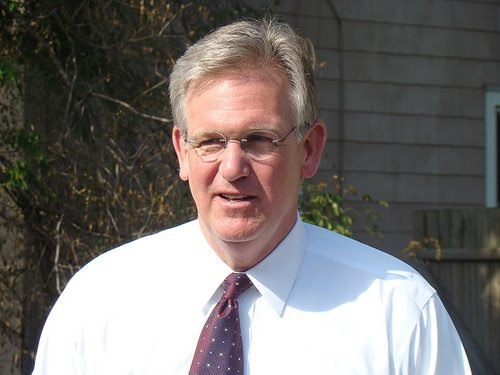 NPQ previously discussed our concerns for philanthropy following the protests and demonstrations in Ferguson. As the St. Louis community grappled with distrust and anger in the wake of unarmed black teen Michael Brown’s death, we had noted the general absence of nonprofit foundations in areas with great racial disparity, like Ferguson, and the ramifications of this absence.

Other structures have been stepping forward to critically analyze how to best identify and tackle the underlying causes of the Ferguson protests. Missouri Governor Jay Nixon announced yesterday the creation and implementation of the “Ferguson Commission,” meant to address racial inequalities related to law enforcement, poverty, and education. This regional commission will include “leaders in business, public safety, and education,” as well as regular citizens.

“If we want peace in our streets, we must work together to create a more just and equal society,” Nixon said. “This is a defining moment that will determine whether this place will be known as a region marred by racial division and unrest, or a region that pulled together to rise above and heal.”

In that vein, other initiatives have also come about with the same intention of solving the issues plaguing the Ferguson community, such as the creation of a Civilian Review Board to oversee and asses the behavior of the Ferguson police department. However, the initiative was tabled by the City Council only weeks after it the announcement. The proposal for the board came only weeks after former Attorney General Eric Holder announced a civil rights investigation into Ferguson’s police department. An accompanying national directive by the Department of Justice to build community relations between law enforcement and civilians also received support.

Sarah Reckhow and Margaret Weir at the Brookings Institution noted that the government cannot always create organizations like the Ferguson Commission to assess the issues in a community. Rather, nonprofit organizations have to be cognizant themselves of the “gaps” in needed services for suburbs like Ferguson, with growing poverty rates and accompanying racial inequality.

It’s worth mentioning that along with the national, local, and state responses to the protests, nonprofit organizations have also cropped up during the Ferguson protests, such as #HealSTL. Originally a hashtag on Twitter, the social justice organization has gained a significant following, even in the months after protests have died down. Following the violent riots back in August, #HealSTL came together to give community leaders and volunteers a place to organize to enact change in Ferguson, in activities ranging from registering voters in Ferguson to creating T-shirts for protestors.

Successful crowdfunding efforts also arose in response, including the Michael Brown Memorial Fund through GoFundMe for Brown’s family and the Ferguson Fellowship to train journalists to continue telling stories like Ferguson’s.

It seems local, state, and national government are attempting to share the burden with local nonprofits, perhaps in an attempt to pacify an angry city and nation. Local nonprofit organizations are often steeped in the communities in which they serve, while the government may have a more limited understanding, given their distance from the community. However, it remains to be seen whether this commission, which hopefully will include members of the suburb, can successfully and accurately reveal the ripple effects of racial inequality in the troubled community and determine whether, realistically, anything can be done about it.—Shafaq Hasan