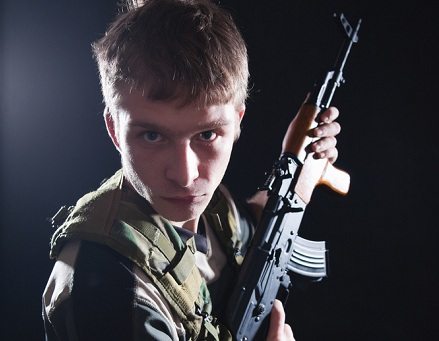 Next month, an Asheville, N.C. Tea Party group will host a “Machine Gun Social” that is exactly what it sounds like. As Asheville’s Citizen-Times reports, “For $25, attendees can shoot a 30-round clip from a 9mm submachine gun such as an HK MP5 or Uzi, while $35 pays for use of an M16 and $50 gets the firepower of an AK-47. Pizza and drinks are included.” It’s illegal to own a machine gun in the U.S., so the opportunity to fire one will most likely be seen as a special treat to gun enthusiasts. The National Rifle Association has reportedly put on similar events, but Western Carolina University Political Science Professor Chis Cooper told the Citizen-Times that, “I’ve never heard of anything like this.”

Considering the rash of recent mass shootings, this might be seen as an ill-timed fundraiser. A local Republican Party county chairman commented, “I guess that’s a different way to raise money,” but stated that his group is going to try things like selling raffle tickets. –Mike Keefe-Feldman