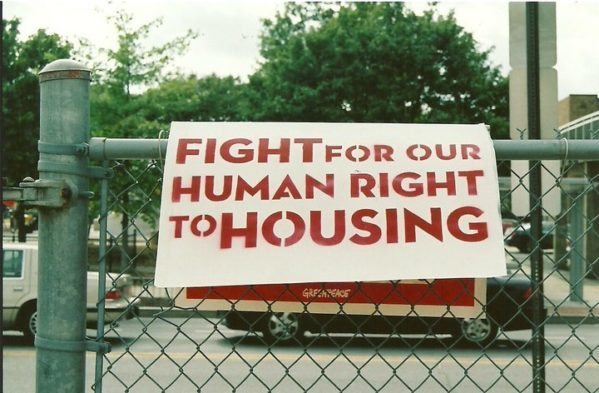 One of President Trump’s first moves was eliminating the fee reduction in Federal Housing Administration (FHA) mortgages—specifically, the fee applied to mortgage insurance paid by borrowers whose mortgages are backed by FHA. Mortgage insurance is a type of insurance designed to protect the lenders in the event of borrower default. The 0.25 percent fee reduction was put in place by the Obama administration to reduce the costs of homeownership for first-time homebuyers going through an FHA program.

As the homeownership rate for households headed by individuals between the ages of 35 and 44 begins to rebound, some believe that this rate reduction is no longer needed. Beyond that, it is important to note that the FHA has increased its market share of the mortgage insurance market over the past decade, due in part to a general reluctance of private insurers to participate.

When considering the impact of any change in price—and in this case, the change in rate is a change in price—it is important to consider the marginal impact. The removal of the fee reduction will result in an additional $500 paid by a new borrower annually on a $200,000 mortgage, which works out to around $42 per month. While that may seem like a trivial sum, it will leave some potential homebuyers out of the market. That point is being made by the National Association of Realtors, who estimate between 30,000 and 40,000 new homebuyers will be shut out of the market.

The brouhaha is the result of the rescinding of a proposed cut to a fee imposed on first-time homebuyers. One could just as easily argue that a further fee reduction, to 0.50 percent, would allow even more would-be homebuyers into the market, so it does not seem fair to criticize a return to normalcy on the grounds that fewer people could buy a house. Furthermore, with the FHA assuming a larger role in the market for mortgage insurance, it could be exposed to more risk, since it does not take into account a buyer’s credit score.

It is difficult to tell what the impact will be on the prices of houses and what nonprofits that focus on affordable housing will need to do. With the increased costs of owning a home, one would suspect there to be a downward pressure on the price of houses, since there could be fewer homebuyers with FHA-backed loans. That would be bad news for folks trying to sell homes.

That’s only part of the story, though. With some of these marginal homebuyers dropping out of the FHA market, a private group might pick up some of the slack and find it profitable to offer mortgage insurance with fees between last year’s rate and the original FHA rate. That would be a good thing for homebuyers, as there would be another provider.

Finally, there is something to be said about the long-term health of the FHA. As both articles point out, the FHA has taken on a lot more risk than it has historically. For the sake of future homebuyers, the FHA’s current health will be critical in its survival. Overexposure can lead to disastrous ends. The FHA provides mortgage opportunities to unable to find them in the commercial market. Keeping a market competitor alive may prove beneficial in the long run.

One thing that’s certain is that this waiver’s removal will have a greater impact on low-income buyers. These are the folks on the fringes of being able to afford a home. However, on the macro level, their presence in the market probably doesn’t mean much; if each of these thirty to forty thousand buyers of new homes went into foreclosure, it would be hardly a drop in the bucket nationally.

There are a few stakeholders in this change in policy beyond potential buyers. Some realtors will be upset by the smaller pool of new homebuyers to work with, although unless they are concentrated in one area and unable to secure alternative financing, the decline will probably not be drastic. Commercial lenders will find a more level playing field. Perhaps most importantly, the FHA will be on steadier footing.

Nonprofits will need to continue to work to find low-cost housing solutions for low-income clients. Though it might be more difficult to find a house to buy, the need for homes will certainly not diminish.—Sean Watterson