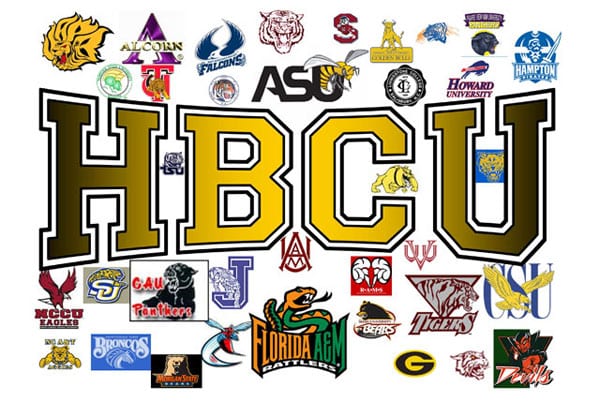 February 17, 2019; The Root and the Philadelphia Tribune

Take for instance, the high-profile case of Bennett College. In December, the university was informed by the Southern Association of Colleges and School Commission on Colleges that it was at risk of losing accreditation if it did not raise $5 million by February 1, 2019. With the help of alumni, celebrities, and the greater HBCU community, the college led a valiant campaign (#StandwithBennett) to raise more than $8 million dollars to improve its cash flow. (To learn more about the college’s experience, read NPQ editor Steve Dubb’s recent feature, “Bennett College Back from the Brink: The Value of Solidarity.”)

While Bennett College’s story has a happy ending, in general, reactive fundraising is not a sustainable strategy. Over the years, university presidents have been advocating for more financial support, citing inequitable funding. According to statistics provided by David K. Sheppard, senior vice president of General Counsel for the Thurgood Marshall College Fund (TMCF), a nonprofit representing publicly-supported HBCUs and Predominantly Black Institutions (PBIs), “public universities receive 43 percent of their revenues from grants, federal contracts, or appropriations on average, while HBCUs only receive approximately one percent.”

In response to the glaring disparity, President Trump signed an Executive Order in 2017 directing federal agencies to work more closely with HBCUs to secure federal grants and contracts. While the effort was heralded as a great first step, HBCU groups noted the order lacked enforcement mechanisms. However, a new bill called the HBCU Propelling Agency Relationships Toward a New Era of Results for Students (HBCU PARTNERS Act) seeks to move the needle from reporting to accountability. The bipartisan effort passed with unanimous support in the Senate and has received support from presidential hopefuls Senators Cory Booker, Kamala Harris, Bernie Sanders, and Elizabeth Warren.

The legislation builds upon President Trump’s executive order by requiring agencies to submit annual plans to Congress detailing how each applicable agency intends to strengthen the capacity of HBCUs to participate in federal grants, contracts, or cooperative agreements. In addition to developing an annual plan, agencies are responsible for identifying federal programs and initiatives under their jurisdiction in which HBCUs are under-represented, detailing plans to improve HBCU engagement in those programs, reporting progress toward stated goals, and encouraging cross-sector involvement in improving the capacity of HBCUs.

The HBCU PARTNERS Act also includes measures to codify the president’s board of advisors on HBCUs. The board will be tasked with advising the president on increasing public awareness and visibility of HBCUs, encouraging public-private investment, and supporting universities in becoming fiscally secure.

Along with the HBCU PARTNERS Act, last month Senators Kamala Harris (a Howard University graduate) and Lindsey Graham, introduced a bill to reauthorize the HBCU Historic Preservation Program through fiscal years 2019–2025. The bill authorizes funding for grants to restore historic buildings that have deteriorated over time as well as bring buildings in compliance with the American Disabilities Act. Positive support for reauthorization is in alignment with the current movement post-Charlottesville to preserve historic sites relevant to African Americans. Last fall, NPQ reported on the National Trust for Historic Preservation’s new program, African American Cultural Heritage Action Fund (the Action Fund), a $25-million initiative committed to preserving historic places in the nation’s Black community. The initiative aims to train community members and students attending HBCUs in preservation techniques. Naturally, the National Trust supports the bill along with the United Negro College Fund (UNCF) and TMCF.

In a comment for the Philadelphia Tribune, Sheppard states, “In essence, what the legislation will do is allow our institutions to undertake the capacity building efforts that have been lacking to try to close the divide. It’s not only simply about our HBCUs surviving, but thriving, legislation like the HBCU PARTNERS Act will set the stage to allow our HBCUs to thrive.”

HBCUs play a critical role providing access to high-quality educational opportunities to Black men and women. While HBCUs represent only three percent of American higher-education institutions, they serve more than a fifth of Black college students and graduate higher rates of Black students in comparison to PWIs (predominantly white institutions). Additionally, such institutions have a positive economic impact on local communities. Research commissioned by the UNCF in 2014 found that HBCUs provided nearly 134,000 jobs and a total direct economic impact of $14.8 trillion.

Both pieces of legislation are expected to pass the House of Representatives and become law within a few weeks.—Chelsea Dennis