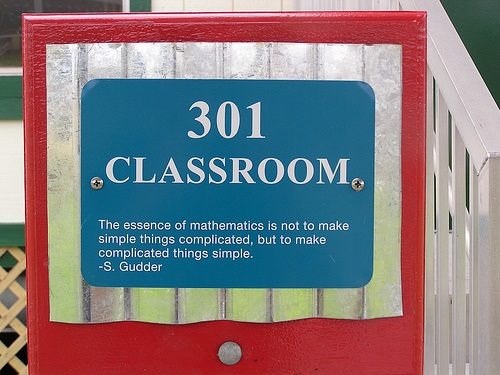 The charter school movement, which promises improved educational performance, is threatened by a growing number of reports of mismanagement and poor educational outcomes. Charter schools represent a key element in the strategies of educational reformers who believe that America’s public educational system is in a state of critical failure and believe that the solution lies in market-driven strategies. Originally seen as integrated components of public school systems, charter schools were developed to serve as laboratories in which educational innovation could be developed and tested before being utilized in all public schools. They are now viewed as direct competitors of public school systems and have been allowed to operate outside traditional accountability systems.

While operating under government charter, whether incorporated as nonprofit or for-profit organizations, they are subject to lower standards of oversight and accountability—in order to give them, their supporters say, greater latitude for the development of new approaches to education. For example, in Ohio, charter schools are specifically exempt from more than 150 state requirements that traditional public schools must fulfill. Operating outside the traditional framework of public education also means that in many states, they fall outside the purview of local school boards and have a lower standard of public accountability.

But this freedom seems to be bringing unintended problems, which may bring the need for greater oversight and regulation to the forefront. The Ohio legislature has sought to answer these issues with House Bill 2, which aims to add transparency, accountability, and responsibility to a charter school system ostensibly run by nonprofits but often managed by for-profit companies in practice. Bill co-sponsor Rep. Kristina Roegner says the bill is intended to stop such practices as offloading students who perform poorly and inappropriate business relationships with members of the charter school board. Reactions to the bill are still forthcoming, but charter school advocates have found a lot to like. Darlene Chambers, director of the Ohio Alliance of Public Charter Schools, called it “clear and meaningful reform” and said, “Just going through it, it looks like there is some important potential there.”

A recent report by the Center for Research on Educational Outcomes (CREDO), of Stanford University found that Ohio charter schools performed poorly as compared to traditional public schools. From 2009 to 2013, charter school students had fallen further behind on both reading and math test scores when compared to their peers in traditional public schools. A recently released Ohio State audit found significantly lower than reported attendance at half of the 30 charter schools where auditors conducted unannounced head counts this past fall resulting in the level of State funding being substantially higher than necessary. Lastly, a study recently completed by Bellwether Education Partners and the Thomas B. Fordham Institute found a critical need for the state of Ohio to revise its regulations governing charters. Among the report’s specific recommendations were changes that would end conflicts of interest by management. Of the 27 recommendations offered by Bellwether, the new House Bill 2 addresses 11.

While not all charter schools educate poorly or are mismanaged, these failings are common enough to require policymakers to reconsider the way charters are regulated. At the core of this reconsideration should be a relook at the rationales for removing them from the overall framework of public school management, including local, elected School Boards. Innovation and experimentation are needed if we desire improvement, but doing so in a manner that supports our traditional sense of public accountability may prove an important safeguard.—Marty Levine and Jason Schneiderman