NFL Still Popular, But Americans Want It to Pay Taxes 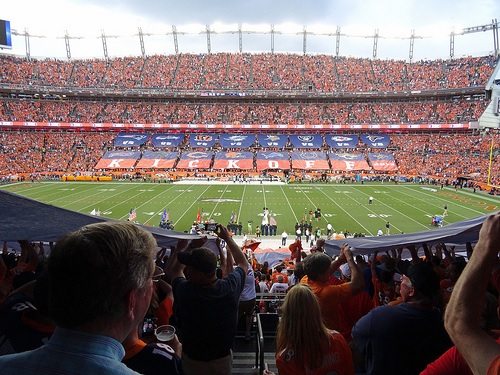 The NFL remains popular among Americans despite recent controversies, but that may well be because the majority of us are not aware of its tax-exempt status, according to a recent article on the Bloomberg.com website.

Bloomberg reported on a survey conducted last month by Fairleigh Dickinson University, which found that people overwhelmingly oppose the tax breaks enjoyed by the league, although a “majority had no idea the National Football League has nonprofit status.”

The poll of over a thousand people found that 56 percent considered themselves football fans, 69 percent don’t think public money should be used to build stadiums, and 71 percent oppose tax breaks to keep an NFL team in town. Public subsidies for sports stadiums are often controversial.

“Most interesting, however, is how effective the NFL’s public-relations machine has been at keeping its nonprofit status out of the public eye. Only 13 percent of those polled correctly identified the NFL as a nonprofit. It seems most people have a hard time reconciling tax breaks for a league flush with cash at a time when government budget cuts are threatening classrooms and even the IRS itself.”

As previously reported in the Nonprofit Quarterly and elsewhere, the NFL is a 501(c)(6), a tax-exempt industry association, and not a charity, which would be a 501(c)(3). This dates back to 1966, when the tax code was amended to give a professional football league tax-exempt status in order to facilitate the merger of the NFL and the old American Football League. In fact, the IRS specifically mentions it in its statutes.

The NFL earned about $9.5 billion last year; Major League Baseball, the next largest professional sports association, is not tax-exempt. The 32 individual NFL teams are not nonprofits, but very lucrative franchises; the Super Bowl on February 2nd in New Jersey is expected to generate between $500 and $600 million for the local economy there.

Currently, there is a bipartisan campaign to amend the tax code and strip the NFL of its nonprofit status. Sen. Tom Coburn, a Republican from Oklahoma who recently announced he would retire from Congress, is introducing a bill that would do so; the “PRO Sports Act” would tax any professional sports league that brings in at least $10 million annually. Bloomberg says that the concept appeals to liberals calling for increased taxes on millionaires and conservatives who criticize government waste.—Larry Kaplan