No Spot in Halloween Parade for LGBTQ Youth 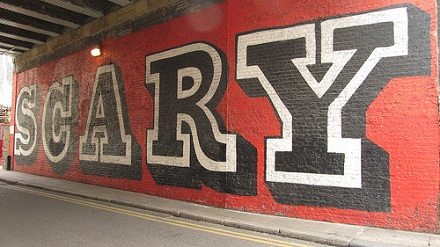 Justin’s Gift, a nonprofit serving LGBTQ youth in Anoka, Minn., has been denied a spot in a parade designed almost a century ago to give local youth a safe alternative to Halloween hi-jinx. Justin’s Gift, which provides safe activities for LGBTQ youth, satisfied all the guidelines for participation, coming in under the maximum group number and before the submission deadline. The parade has a history of showcasing youth organizations.

While some speculate that the group’s LGBT focus was behind the rejection, the parade organizers say they denied the group because there were too many walking entrants in the parade. Either way, it is an interesting choice by organizers when put in perspective. Anoka is part of the Anoka-Hennepin School District, which was labeled as a suicide contagion area by the state after at least seven students killed themselves.

Last year, the school district entered into a settlement on a discrimination case brought by the Southern Poverty Law Center, the National Center for Lesbian Rights and Faegre & Benson on behalf of students who said the school district ignored harassment—and many have said that sexual identity issues were a significant component of that harassment.

Justin Aaberg was an openly gay 15-year-old who became one of the suicide victims. His mother and a teacher from the district formed Justin’s Gift in his memory. When the group heard they were denied, the leaders made alternate plans for a Halloween dance on the evening of the parade, October 27th, but parents and staff have begun an online petition for Justin’s Gift to be included in the parade. It has gathered more than 2,200 signatures so far.

This episode raises an important question: what is the responsibility of community members when making decisions about inclusion or exclusion when there is a documented history of group discrimination or harassment? –Leah Lomotey-Nakon