Nonprofit Accountability: Up, Down, and Sideways 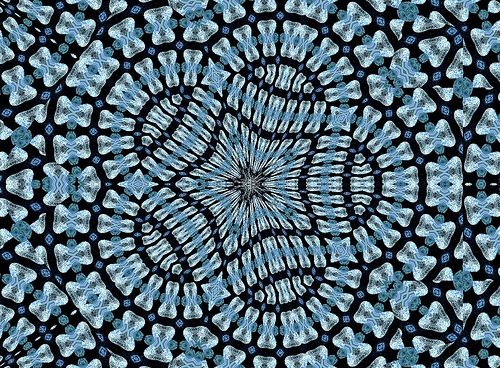 Nonprofits are held accountable by any number of entities: their boards, their funders, regulators, constituents, and the general public. The Internet has added another level of intensity and speed in being called to public account, in that it allows groups of stakeholders that might have been unaware of each other’s opinions to hear one another out and potentially join forces. What happens when an organization does something that stakeholders see as violating their purpose or stated values?

In an article that appeared in NPQ two years ago, the authors, Sean Buchanan and Patricia Bradshaw discussed “Stakeholder Resistance.” Nonprofit organizations often experience stakeholder resistance as donors and clients—or both—start asking tough questions and demanding change of some kind. Looking back over the past 12 months of newswires posted at NPQ, it could be argued that the sector has entered a brave new world of stakeholder resistance, much of which has been played out very publicly using the Internet, among other venues.

Take, for example, the maelstrom that played out in many places last year regarding the position of the Boy Scouts of America on gay scouts. Multiple stakeholders became involved: United Ways and other funders, which were withdrawing funding on grounds that they could not fund a group with openly discriminatory practices; churches, which threatened to withdraw their sponsorship of troops if the BSA did not continue to discriminate; and former and current scouts and their families. There were demands both for and against the existing exclusionary policies. Both sides of the argument were demanding accountability for the actions of the Scouts, and both claimed that the organization had not been living up to its stated values.

In the end, the BSA essentially attempted to “split the baby” at a national board meeting. It was covered heavily by the press, with protests and demonstrations from both sides outside of the meeting. The final decision was a new policy under which openly gay scouts would be accepted until the age of 18, at which point they would no longer be welcome to participate, which would excluding those young adults who wanted to move on to serve as troop leaders.

That decision, of course, pleased no one completely, and since then, NPQ has tracked some of the fallout and further steps taken by the BSA, including the selection of former Secretary of Defense Robert Gates as its new board president. Gates was a strong proponent of the “don’t ask, don’t tell” policy in the military, and he is a former Eagle Scout. As a symbolic move that indicated direction, this selection appears to have real value.

Elsewhere, the Susan G. Komen saga continued to play out with continuing financial losses both at the central and at the affiliate level. As readers will recall, Komen alienated a good big part of its base of volunteers—the same volunteers who fundraise for them every year—when it announced it would no longer fund Planned Parenthood for breast exams. Komen is an excellent example of what not to do in the face of stakeholder resistance. A portion of its scale and constituency may be lost forever, not because they don’t want to fight breast cancer, but because Komen has been less than straightforward about its original motivations and its subsequent responses to the public outcry. A great example of this is in the strange now-you-see-me-now-you-don’t resignation of Nancy Brinker as CEO. The fact that she landed at the top of the executive committee of the board and remains well paid was duly noted by a skeptical press and constituency, and the losses continue.

Accountability in the nonprofit sector is nothing new, nor are stakeholder demands for answers. However, conflicts that might previously have been contained or slow to mobilize can go from zero to sixty quickly, ending up on a very public stage. This should be understood be by nonprofits as the new operating environment. There are numerous examples of how stakeholders are taking their story to the public using Internet based tools such as websites and social networking sites. The Minnesota Orchestra, for instance, just recently settled its labor dispute. What was interesting about that situation was that the musicians continued to play for the public, and some donors began to think with them about how the orchestral association’s assets might be attached to re-establish the orchestra independently. The dispute ended in compromise, and apparently t