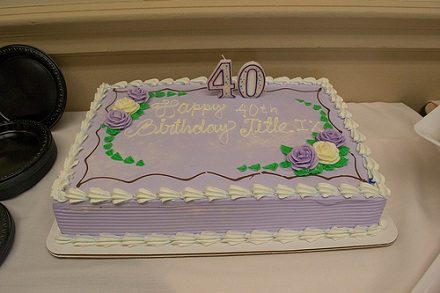 Picking up on a recent investigative report by the NBC Bay Area Investigative Unit, the nonprofit Equal Rights Advocates (ERA) is requesting that 100 Bay Area schools offer evidence of compliance with Title IX, the federal law that makes it illegal for any educational outlet receiving federal funding to discriminate on the basis of gender. One would think that educators would know about their responsibilities under Title IX, but when the NBC investigative team sent an e-mail to more than 200 principals at Bay Area schools asking them to list their Title IX coordinator, it found that many principals didn’t know who their coordinator was. Worse, some stated that they had never even heard of Title IX.

In addition to its mandate prohibiting discrimination, Title IX also requires schools to put in place a process to handle sexual harassment and abuse complaints and to have a designated coordinator for complaints whose contact information is readily available. The NBC investigation would suggest that, at least in the Bay Area, this is not occurring in many schools.

ERA executive director Noreen Farrell says that is “troubling that 40 years after [Title IX’s] passage, we are still seeing these kinds of problems” and that the failure of some schools to live up to Title IX’s mandates “really sends this message to girls that…protecting you from sexual harassment isn’t important enough to us.”

The U.S. Department of Education’s Office of Civil Rights handles Title IX complaints, but told NBC Bay Area that it doesn’t proactively check schools to make sure that they are in compliance. As we noted recently in regards to a mental health parity law, getting a law passed that protects a marginalized group is all well and good, but holding the system’s feet to the fire for implementation is often even more difficult; it may require a mix of monitoring, litigation, different regulatory approaches, public education and training. Has this issue received its fair share of such activity? –Mike Keefe-Feldman