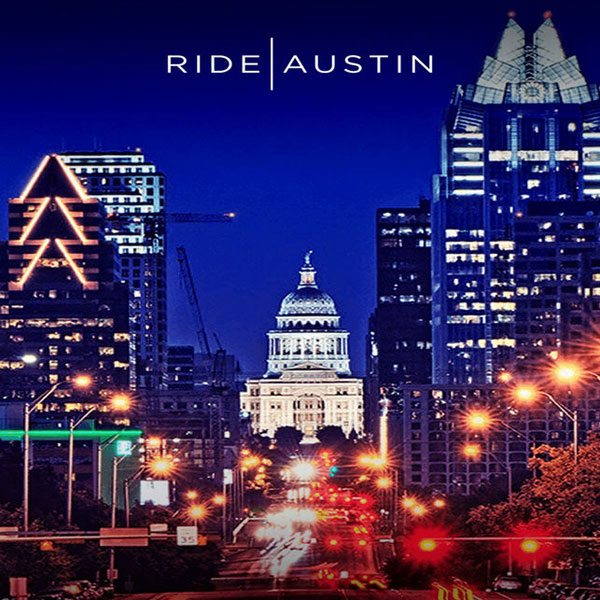 Two years ago, “Uber and Lyft left Austin following a battle with the city over background checks for ride-hailing drivers,” recalls Sebastian Herrera in the Austin American-Statesman. Filling the market gap, Andy Tryba led an effort to create RideAustin, a nonprofit ride-hailing service. RideAustin, notes Herrera, “gained notoriety as a locally run alternative to Uber and Lyft that has operated as a nonprofit, letting riders donate to local causes through its app.”

RideAustin did well out of the gate, writes Herrera, “as residents embraced the organization as a local brand that followed the city’s background check rules.” Being a nonprofit means that RideAustin operates a bit differently than for-profit firms. On its website, RideAustin indicates that it chose the nonprofit form to “enable drivers to earn more and riders to pay less while helping support local charities and improve mobility for underserved communities.” Herrera also notes that “in 2016, RideAustin donated more than $43,000 to charities, nonprofits, and community organizations” and that last year “the nonprofit joined Travis County’s Community Care Collaborative and the University of Texas Dell Medical School to pilot a program to give low-income residents rides to and from medical appointments.”

For its first year of operations, RideAustin benefitted from the absence of Uber and Lyft. But in May 2017, the Texas legislature passed a statewide ride-hailing law that superseded the Austin ordinance. Uber and Lyft quickly reentered the market and the impact was dramatic. The week before Uber and Lyft rejoined the Austin market, RideAustin had 59,000 riders. In two weeks, that number fell to 22,000 riders. Ridership has now stabilized at between 10,000 and 15,000 rides per week. And RideAustin, though struggling, has done better than some. Three other firms have ceased operations.

According to Tryba, Uber and Lyft’s brand recognition, combined with discounts the companies offered when they returned to Austin, made it hard to compete. “We anticipated a large drop (in ridership),” Tryba remarks. “But I think it happened faster than we anticipated.” Because of the drop in market share, RideAustin has had to cut its full-time staff in half from a peak of about 25, according to Tryba. The organization has 2,000 to 3,000 drivers working each week, half of its peak level. The firm’s marketing budget has been cut. An office was also shut down to save costs, with employees now mostly working from home.

To survive, notes Herrera, “RideAustin has restructured and focused on what helped made its app popular in the first place—its local roots and its status as a nonprofit substitute to Uber and Lyft.” According to Tryba, “Local Austinites like to be able to support folks that are eager to support local charities and nonprofits. People are loyal to RideAustin that love that cause and direction.”

Herrera notes that, “Aside from its feature of using its app as a donation box for local charities, RideAustin includes options that allow female customers to request female drivers, and customers can also request favorite drivers through the app. RideAustin is also working on a model where drivers could also donate to charities, and is talking with Austin’s Capital Metro transportation system on some type of partnership that could involve first and last-mile service.”

Not surprisingly, RideAustin has yet to reach break-even. The firm lost $6.3 million from May to December 2016 and ended 2016 with $5.6 million in assets. RideAustin’s top executives have worked unpaid. Tryba says, however, that RideAustin expects to break even on an operating basis for its 2018 fiscal year if it can maintain its current ridership average.

Of course, it’s worth noting that Uber itself lost $4.5 billion in 2017, a loss that is 61 percent greater than its 2016 losses. It is hard to compete against a firm that can sustain billions in dollars of losses a year, even as the firm has, as MJ Kaplan wrote in NPQ a few months ago, “been criticized for its poor treatment of contract labor, employees, and customers, along with its negative impact on local communities.”

In her article for NPQ, Kaplan called for the development of worker-owned platform cooperatives as an alternative to a gig economy. RideAustin’s experience shows that building such alternatives is possible, but it is not easy. Herrera quotes from David Goss, a 42-year-old sales engineer at Dell Technologies and loyal RideAustin customer. Herrera writes that Goss has “become a fan of the app’s local feel, as well as its status as a nonprofit organization” and “says the service has been equal to that of Uber and Lyft.”

“I wanted to support something local,” says Goss. “They are connected to the city of Austin.” Clearly, many more people will need to follow Goss’s lead—as well as advocate for policies that support local operators—if community-based alternatives like RideAustin are going to thrive.—Steve Dubb