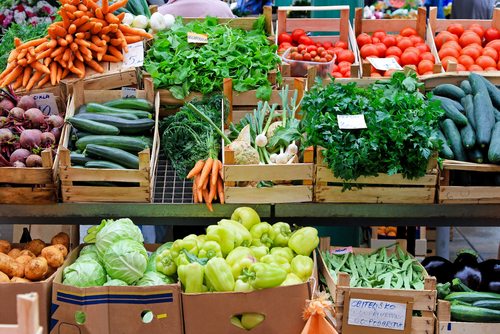 After several months and multiple community meetings, the Greensboro City Council made a new decision to sell the Renaissance Shopping Plaza to a nonprofit credit union, Self Help Ventures Fund (SHVF). The shopping center will be renovated with new business development appropriate to the area as the goal. The city will invest $2 million, and Self Help will add $2.5 million in renovations. SHVF is working in partnership with Renaissance Community Co-op (RCC), a community-owned grocery store that will serve as the anchor store. The vision of RCC is to build community health and wealth.

The sale to SHVF is perhaps a great ending, not just a new chapter, to a controversy regarding the outcomes of the shopping center. As reported in NPQ in June, the City Council made a decision to sell the property to another development group, Renaissance Center of Greensboro (RCG). That development group was unwilling or unable to invest money up front, so the sale became a dead end. Additionally, residents of the area were not happy with the direction of RCG and kept the pressure growing for a cooperative grocery store. In December, the council voted to part ways with RCG. At that time, Self Help Ventures Fund was invited to submit a proposal due to their community investment focus.

A 10,000-foot grocery store is very much needed in the area, and both SHVF and RCC are committed to solving the problem of food deserts in urban areas. This is a shopping center that had been the life force of the community in past years. The community has been watching and waiting for the right solution. One of the commenters at the public meeting asked, “Please do not put any businesses selling alcohol, cigarettes, or gambling.”

An executive vice president of Self Help Ventures, Tucker Bartlett, highlighted other similar projects that the SHVF has done, saying, “Self Help knows how to do renovations and, most importantly, how not to do them.” The chosen proposal included no designs for the renovated buildings; instead, there was substantial documentation of the financial resources of Self Help. The lack of drawings and designs was explained by Tucker: “We’re going to renovate the entire center, but we need your help before we start this up.” Additionally, he said, “We would never lease to a payday lender, a pawn shop, a liquor store. We also have to make sure the project happens. The numbers have to work.”

Self Help is currently working with a similar development in Durham, North Carolina, involving a cooperative grocery and community development.

In the proposal submitted to the City of Greensboro, SHVF is described as a “30-year-old Durham (NC) based nonprofit that works to pioneer innovative community economic development programs. Focused initially on small business and cooperative owned business financing, we have branched into other sectors- including home lending. We redevelop property primarily to spur downtown and neighborhood investment.”—Jeanne Allen