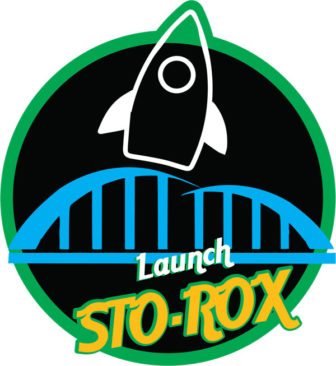 Incubators in Silicon Valley and other high-tech, startup-heavy areas are common. Less common are incubators in struggling areas like Stowe and McKees Rocks, two struggling suburbs of Pittsburgh. That, however, is the space where Launch Sto-Rox is operating in the hopes of revitalizing those communities.

Launch Sto-Rox, a program of New Sun Rising, is providing services in an area in desperate need of a lift. The two boroughs’ population combined is about 12,000 people, almost a quarter of which “live at or below the federal poverty level.” Beyond economic struggles, the long shadow of the opioid epidemic is cast over the communities: “The ZIP code that includes McKees Rocks and Stowe ranked among the top three places in Allegheny County for fatal overdoses last year, according to data from the University of Pittsburgh.”

Launch Sto-Rox is hoping that by supporting startups founded and rooted in the once-thriving industrial borough, the community itself will begin to grow. The concept: By offering instruction and access to funding to local entrepreneurs, Launch Sto-Rox will not just increase the economic viability of the area, it will inspire reinvestment in the community by the entrepreneurs themselves.

To make sure that the program is supporting startups that the community actually wants, it is keeping the lines of communication open. Lydia Morin, director of community engagement and enterprise for Focus on Renewal, “a social services agency that provides community resources such as family support programs, workforce assistance and cultural events,” says “plans for Launch Sto-Rox started more than a year ago with surveys and community listening sessions to determine what types of businesses and services residents wanted.” The ten startups selected include a local news publication, a number of workspaces for small businesses and artists, and nonprofits looking to help and mentor residents.

New Sun Rising has succeeded in other neighborhoods in the Pittsburgh area. Their incubator programs are a great illustration of ways that nonprofits can be more successful than for-profits in this regard. Without pressure to turn a profit, nonprofit incubators can have longer clocks when it comes to allowing startups to get on their feet. While this may allow some unsuccessful businesses to stay around a little longer than they normally would, it also allows for new entrepreneurs to learn and get a feel for business ownership and all the responsibilities that come with it. Continued success in the Pittsburgh area will certainly bode well for similar programs across the country.

CSX recently opened a freight terminal in the area, which will help residents if they find themselves with more economic opportunities. More jobs can lead to more disposable income, and further investment in the area. That is the hope of Launch Sto-Rox. Ultimately, it will come down to the entrepreneurs themselves. With New Sun Rising and Launch Sto-Rox, they won’t be alone.—Sean Watterson