Nonprofit Merger Motivations—and What About the Brand? 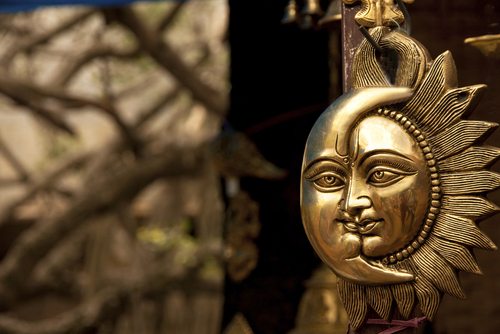 Over the years, we’ve seen an abundance of organizations with a mission to provide treatment and support for cancer survivors and their families. Some nonprofits focus on research, while others focus on awareness for the disease. Too often, nonprofits like the American Cancer Society, Susan G. Komen, The Rose, Livestrong Foundation, and Cancer Research Institute compete against each other instead of cooperating. This is a story about two organizations that took a different road.

Although nonprofit mergers are often “sold” on the basis of efficiency, these objectives can be long in coming and hard to achieve. More often, as is chronicled in Judith Alnes’ “Creating Fertile Soil for the Merger Option,” mergers are motivated by an intention to expand or improve services rather than for financial goals. In many mergers, organizations are able to broaden their range of services as well as their support base.

Take breast cancer research. For 25 years, research has made significant progress in understanding the disease, and scientists have gained more clarity as to how to combat it. In 2013, two breast cancer research organizations in the United Kingdom, Breast Cancer Campaign (BCC) and Breakthrough Breast Cancer, published their five-year plans to improve early diagnosis and develop new treatments for subtypes of the disease, as well as to discover ways to increase research for metastasized breast cancer. What they discovered was that their strategies were complementary. So in 2014, the two organizations began work to merge in order to accelerate progress in research and to increase their advocacy efforts for breast cancer patients.

Fiona Hazell, Director of Communications and Engagement for BCC, explained, “The aim is to create a breast cancer research charity of scale—by bringing people, resources and ideas from both charities—in order to end breast cancer.”

In preparation for merging into one organization, both organizations’ leaders were deliberate in informing and engaging their constituents, involving them in developing and launching the new single brand. In June 2015, the merger of the two nonprofits, Breast Cancer Now, was launched announcing its Last One Campaign, whose goal is to ensure that no one dies of breast cancer by 2050.

Though the charity explained the predominant motivation was scientific rather than financial, they acknowledged that they would be able to create more efficiency in using contributions and in integrating fundraising efforts. The plan calls for bringing together their supporter bases. Both have flagship fundraising campaigns, including Breakthrough’s TLC: Touch, Look, Check and BCC’s Wear it Pink. Baroness Delyth Morgan commented:

“The beating heart of Breast Cancer Now will always be our wonderful supporters, from our regional fundraising groups to our strategic partners. We are delighted that the two sets of passionate supporters we brought together have responded so positively to our new identity and vision. They no longer have to decide which breast cancer research charity to support.”

But mergers can come with a cost. In this case, the executive teams of the two legacy organizations were disbanded with the formation of a new executive team. The new charity reduced its workforce by 25 percent and let some employees go.

And when nonprofits merge, boards and leaders must consider brand equity. What would happen if the American Heart Association, the AIDS Foundation, or the Mayo Clinic merged with lesser-known organizations that did similar work? There could be damage to the brands, confusion for the core audiences and recipients of services, and confusion for long-time individual and corporate donors. This confusion could lead to a significant decrease both in services provided and donations.

In 2009, two American nonprofits with similar missions to provide comprehensive support to cancer survivors and their families, Gilda’s Club Worldwide and the Wellness Community, merged. The resultant organization combined over 45 years of service. Gilda’s Club, organized in 1995, was named for late comedienne and ovarian cancer patient Gilda Radner and was founded by Joanna Bull (Gilda Radner’s psychotherapist) and her husband, actor Gene Wilder.

Following the merger, the chapters of Gilda’s Club were allowed to choose between the names. When the Madison Chapter chose to change its name in 2012 to Cancer Support Community, many supporters were upset at the disconnection from the Saturday Night Live actress they had grown to love. One critic stated, “Interesting that you are choosing to change the name of your organization and further the decline of Gilda’s memory in the public eye, rather than choosing to educate your members of her humor and body of work. I’d be happy to purchase an SNL DVD set and donate it to support cherishing Gilda’s memory.”

What famous or less famous nonprofit mergers can you recall, and how did the combined brand or new brand emerge? Please chime in.—G. Meredith Betz and Debbie Laskey