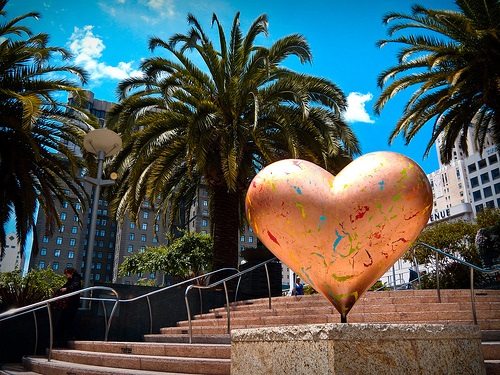 The meetings of San Francisco’s board of supervisors (akin to its city council)—and its politics in general—are never boring. A city gentrifying at warp speed and driving out its robust nonprofit community adds to the mix.

Nearly 100 nonprofit workers and their supporters, seeking raises, marched through City Hall this week and shouted down the Board of Supervisors at its weekly meeting, according to a report in the Bay Guardian, the city’s progressive alternative weekly. Protesters linked arms across the wooden barricade between the supervisors’ seats and the audience; eleven were arrested for their act of civil disobedience.

The nonprofit workers were protesting Mayor Ed Lee’s proposed budget, which gives them a 1.5 percent cost of living increase that, they say, is not enough to offset rising rents, healthcare costs, and other expenses in San Francisco, where the tech boom–fueled cost of living has attracted national attention. For-profit contractors like commercial real estate investors and landlords are getting a three percent boost, which they call a double standard.

The paper says that the workers are feeling exhausted and underpaid. “We can’t survive on what we’re paid,” Darien Lomeli, a counselor at Progress Foundation’s Rypins House, told the Bay Guardian. She grew up in San Francisco but was priced out a few years ago. She added that low pay also engenders high turnover in the nonprofit sector, which hurts those she helps.

Sup. David Campos told the Bay Guardian that a cost-of-living adjustment for nonprofit workers was on the table during budget negotiations but eventually dropped. But now, he and fellow supervisors Eric Mar and Norman Yee are working on a solution, which one aide called “just a conversation at this point.”

They will need to find funding in the budget that could go towards the increases, which Service Employees International Union Local 1021 estimates at around $6.8 million annually. The union, which represents over 54,000 employees in local governments, healthcare programs, schools and nonprofit agencies in Northern California, challenged the board’s budget, as well.

The skyrocketing cost of living is just the latest in a series of fiscal hits the nonprofit sector has taken in San Francisco lately. The tech sector boom downtown and in the South of Market area has raised the rents on many local non-profits, leading to the closure of over 1,000 agencies since 2011. Mayor Lee and the board provided $4.5 million in the 2014-15 budget to offset some of those rent increases.—Larry Kaplan