Nonprofits Face Skyrocketing Rents and Displacement across the Country 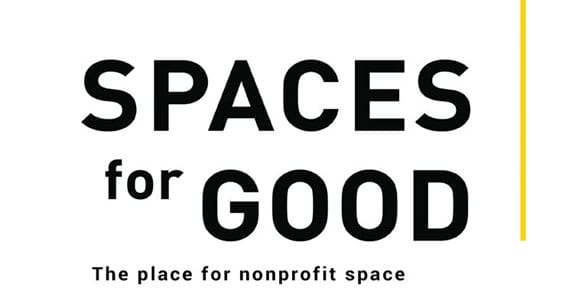 Finding affordable rent is not just a challenge for low- and middle-income households looking for a place to live. Nonprofit organizations, especially those dedicated to helping those in neighborhoods where the affordable housing supply is small and shrinking, also find themselves struggling to find space in areas where commercial rent is spiking.

The market forces that have pushed rents higher in many cities also make the spaces nonprofits use more expensive. A recent Times-Herald look at California’s Bay Area nonprofit community cited disturbing data from a November report issued by the Northern California Grantmakers’ Nonprofit Displacement Project which found that “nearly three-quarters of local nonprofits are concerned the real estate market will hurt their long-term financial stability.”

Forty-three percent of organizations that serve low-income communities and communities of color are concerned about relocation, and half of the smaller organizations with annual budgets of $250,000–$500,000 anticipate that they will have to relocate. 50 percent of nonprofits focused on health, housing and homelessness, and 56 percent focused on mental health also expect to move.

The experience of Amigos de Guadalupe, a nonprofit that serves “one of the most poverty-stricken neighborhoods in Santa Clara County,” illustrates the depth of the problem. In San Jose’s Mayfair, according to Amigos, “Residents work in low-wage jobs and are unable to access government aid due to their immigration status. Most households have inadequate food and poor overall nutrition. Additionally, due to the extreme lack of affordable housing, it is not uncommon for entire families to live in a single bedroom or garage.”

For Amigos to do its work, its staff must be in a location accessible to those it serves. As a project that emerged from the local parish faith community, it was natural to be housed in Our Lady of Guadalupe Church. The Church’s leadership has asked them to find a new space, but the realities of the market have made that very painful.

The organization began hunting for a new headquarters but soon found it couldn’t afford the neighborhood’s market-rate rent. Moving to a cheaper area wasn’t an option because, like many nonprofits, Amigos must operate in the community it serves. Amigos finally found a new, smaller space, but its rent went from a yearly stipend of about $5,000 at the church to a monthly payment of $3,300. The organization, which serves about 3,500 people a year, scored a lucky break when Santa Clara County stepped in to help cover some of the rent. But the cramped space doesn’t allow room for all the classes Amigos offers, so it now holds some at a local school.

Some organizations, like Amigos, found an answer in increased government support. The nonprofit community has also sought ways to ameliorate the problem. The Northern California Community Loan Fund began an Airbnb-like platform called Spaces for Good, which, as described by the East Bay Times, will allow “nonprofits, real estate brokers, landlords, and event venues to advertise their space available to nonprofits for short-term, long-term, or temporary use.” Other organizations have balanced rising occupancy costs with limited budgets through significant downsizing or maintaining a limited presence in their service neighborhoods, often by finding a desk-sharing, coworking space but relocating much of their operation to distant but cheaper locations.

None of these approaches are perfect; these solutions will not make sure that needed services remain accessible over the long term. Ben Osgood, a realtor who works with nonprofits looking for more affordable space, summed up the core problem in comments to the Times-Herald: “Every single additional dollar that goes into a landlord’s pocket is one less dollar that could be put toward accomplishing their mission.”

NPQ has closely been following the growing efforts of foundations and businesses to address the pressing need for more affordable housing. “It is heartening to see corporations, social benefit organizations (for profits with a social mission), and nonprofits step forward this aggressively to solve a growing problem, particularly at a time when the federal government has stepped away from its commitment to its citizens.” The next lesson we can learn from the Bay Area is that these efforts must take care of organizations that serve those who struggle most with inflating housing costs so they can continue their critical work. As the Northern California Grantmakers’ Nonprofit Displacement Project report concluded, there is a need for “pursuing policy changes such as commercial rent control for nonprofit spaces, or including nonprofit space in community benefit agreements.”—Martin Levine