Nonprofits Increasingly Central to the Future of the News 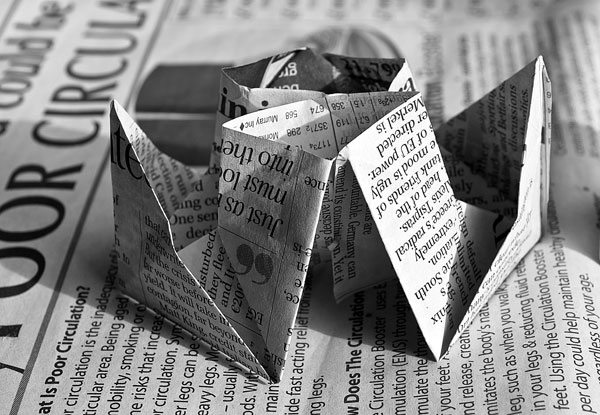 It may be hard to remember now, but there was a time when radio news was dominated by for-profit, commercial stations. As Drew Lindsay in the Washingtonian once put it, “When reporter Nina Totenberg started [at National Public Radio] in 1975, NPR had all the fame and reach of an underground newspaper.” Totenberg herself recalls that, “When you called sources, nobody had any idea who you were.”

Once, the idea that a nonprofit would dominate radio news was preposterous—until it happened. Could a similar transition be in its early stages in the newspaper industry? Such a shift still seems far away…and yet there are signs that, as the old financial model for ad-supported commercial newspapers falters, a new model—or models—are emerging. The trend is significant enough that the Columbia Journalism Review just completed a “series of stories about the growth of philanthropy in funding the news, both in the nonprofit and for-profit sectors.” Of course, here at NPQ, we have also been covering this trend.

Other times philanthropy has sought to buttress the remaining commercial media, by helping fund journalist positions. Westphal notes, “Report for America, run by the nonprofit GroundTruth Project, has big aspirations: By 2022, it hopes to field 1,000 reporters at newspapers, broadcast outlets, and digital-native news shops across the country.”

Westphal suggests that should this occur, that might be as much as 10 percent or more of all news reporters. Report for America co-founder Steven Waldman, concurs, “if in a given community 10 to 20 percent of the news is coming from the nonprofit sector, it seems perfectly plausible and reasonable.… It does require a shift in mindset in communities and philanthropists, but the nonprofit sector is going to have to play a bigger role in local journalism.”

Waldman himself likens what it is happening “to the emergence of public broadcasting in the 1950s and 1960s.” And, yes, just like public radio, this includes community fundraising.

For example, in a pilot program, a contribution from the Galloway Family Foundation entirely funded three new reporters for local media in Appalachia. But, adds Westphal, “with the new round, funding for reporters’ salaries, expected to average $40,000 annually, will be split evenly between Report for America and local news organizations. Although they are not required to do so, Report for America is suggesting that news organizations raise half of their portion from community contributions.”

Waldman observes, “As people in communities become awakened to the threats to local journalism, but they don’t know what to do about it, well for $10,000 you can make a reporter happen…This seems doable.” Westphal adds that, “Report for America is developing a crowdsourcing toolkit that may provide one way for local news organizations to raise the community portion.”

Of course, it would take far more money —Waldman estimates $20 million—for Report for America to support 1,000 reporters nationally. It’s a tall order—but possibly doable. After all, NPR in 2016 raised over $30 million in contributions—and that does not include the money raised by local affiliate stations.

“Where is all this going?” asks Westphal. “After following news business models for 10 years, I’m not discounting the possibility that nonprofit news will grow a good deal more—not after seeing Anne Galloway build a $1.5 million-a-year news nonprofit in Vermont, not after watching Evan Smith show what a Texas-sized nonprofit can do ($7 million annually), not after seeing Gerry Lenfest remake the Philadelphia newspapers into a nonprofit giant.”

David Boardman, chair of the Philadelphia-based Lenfest Institute for Journalism, argues that philanthropy will be “one of four pillars supporting local news in the future, along with subscriptions, events, and locally focused advertising.”

Charles Sennott, CEO of GroundTruth, who began in public radio, said that after 30 years in the industry, he now has come “full circle back to this realization: the nonprofit model is the best way to do mission-driven, in-depth journalism at all levels: foreign, national, and now local.”—Steve Dubb