If NYC Gets 17 More Charter Schools, What Will It Mean? 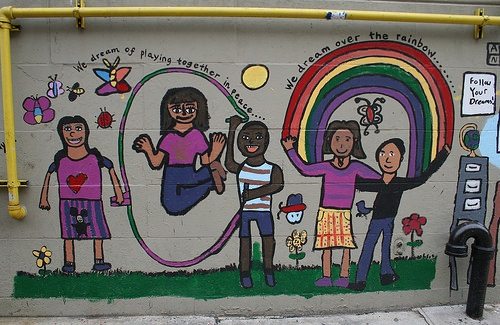 On Wednesday, October 8th, New York State’s charter schools committee (part of the State University of New York system’s board of trustees) approved 17 new schools for New York City. Fourteen of them will be Success Academy schools, bringing that network to a total of 50 schools that will serve 16,300 students by 2016. This decision will invigorate the growing debate about the effectiveness of charter schools and their overall impact on the quality of public education in New York and the United States.

The debate over charter schools is part of ongoing national concern about overall educational achievement and how best to improve our performance. Charter schools are part of a national effort spearheaded by President Obama’s education director, Arne Duncan. They seek to systemically change the nature of American public education and are coupled with the weakening or elimination of teachers’ unions and tenure, the development of the Common Core Curriculum, and the increased use of standardized testing as the basis for assessing educational success.

Supporters of these efforts see the traditional model of public education as broken and that educational achievement can only be improved by radically reforming the system. Joseph W. Belluck, chair of the committee, is convinced that “parents in the communities where these schools are do not care about the politics of this issue. They want their kids to have good schools, and they want their kids to have a good education.”

But will this decision result in better schools? Diane Ravitch framed the issue this way in an article in the New Republic:

“The fundamental question is this: Are charter schools like Success Academy a model for public education? The answer is: they are not. If public schools were able to exclude, one way or another, English-language learners and students with severe disabilities, the schools would have higher scores. But they cannot do this because, with the exception of a small number of exam schools, public schools are required to accept all students, regardless of their language skills, learning disabilities or test scores. If public schools could refuse to accept new enrollees after a certain grade, they could ‘build a culture,’ as Success Academy’s fans say it does. But public schools must take all enrollees, even those who show up mid-year.”

Supporters of charter schools point to the greater flexibility in staffing and scheduling that the schools are allowed, and to the high performance of certain networks. Students at Success schools, for example, routinely outperform those in other schools on state tests.

But do these changes work?

Richard Brodsky, a fellow at the Demos think tank in New York City and at the Wagner School at New York University, wrote in the Albany Times-Union:

“In the end, the charter school movement challenges the existence of public schools, not just some of its policies. The drive to privatize education is part of a national attack on government and the empowerment of large corporate interests.

“To me, a healthy debate about the policies could be a good thing. But if we’re going down a path of privatizing public education, I’m worried. Public schools created the American national success story. Whatever their real shortcomings, they need to be strengthened and they need to be funded. And I don’t want that fight to be distorted by huge tax subsidies going to charter schools, even as we reduce federal and state aid to public schools. That’s the wrong kind of financial aid to education.”

While there are examples of success to be found in individual schools, it is hard to find signs of systemic improvement that can be demonstrated to be the results of these change efforts. This is particularly true when the available data is analyzed and the effects of differential enrollment patterns are controlled for. Overall, it still appears that larger societal issues of race and income need to be confronted if we are going to have educational success for all students.—Marty Levine