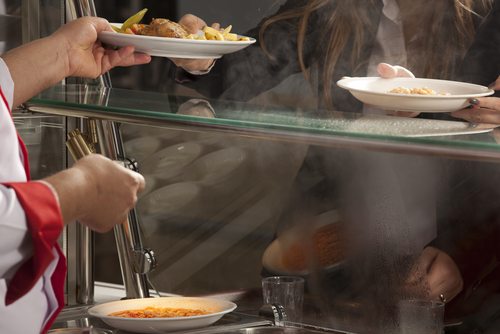 Almost 70 percent of Minnesota school districts either refuse to serve lunch to children who can’t pay for them or substitute a less nutritious meal, according to a survey by Mid-Minnesota Legal Aid reported upon by the Minneapolis Star-Tribune and the Minnesota Post, a nonprofit news site.

The controversy has provoked a textbook example of how effective nonprofit advocacy pushes for systemic change in public policy in order to serve both the immediate and long-term needs of clients. It prompted a Los Angeles-based national hunger nonprofit to collaborate with Legal Aid and push a bill in the state legislature that would make lunch free for the 61,000 students eligible for reduced-price lunches.

According to the news reports, some schools take the meals from students in the lunch line and dump them in the trash when the computer shows a deficit in their lunch accounts. The state’s education commissioner called the report “troubling,” and fired off a letter to district superintendents.

The reduced-price lunch program provides a hot, nutritious lunch for 40 cents, with the balance covered by public funds. But students who don’t come up with even 40 cents, will be denied lunch or see them downgraded at some schools, according to the study, which surveyed 309 public school districts. Those kids are most at risk of going hungry because their families often struggle to pay.

In the survey, 46 Minnesota school districts told Legal Aid that they refuse to feed students who have insufficient funds in their lunch accounts. More than half the districts in the state provide an alternative meal, typically a cold cheese sandwich, once the money runs out. However, the articles report that almost 100 other school districts—including Minneapolis public schools—provide a hot lunch regardless of a child’s ability to pay.

A school in Utah made national headlines for throwing lunches in the trash if students couldn’t pay. The headline of Legal Aid’s report: “It’s Not Just Utah.” The number of districts guaranteeing a hot lunch has increased since their initial survey in 2012, but so has the number of districts turning students away as school costs increase and budgets shrink.

The Star-Tribune writes that the state could expand a free lunch program to all students who now receive a reduced-price lunch for an estimated $3.35 million, an expenditure that has been debated in the Minnesota legislature, but which has not been placed in education budget bills.

The situation attracted the attention of MAZON: A Jewish Response to Hunger, a national nonprofit working to end hunger among people of all faiths and backgrounds in the U.S. and abroad. Mazon, which means “sustenance” in Hebrew, promotes a multifaceted approach to hunger relief, responding to immediate needs and working to advance long-term systemic solutions. Legal Aid helps vulnerable populations gain access to basic rights for safety, shelter, food, health care and education.

The effort to get a bill through the upcoming legislative session will be the sixth in which the two nonprofits have partnered to advocate for change in the political sphere. The Post reports that Mazon has built a coalition of 35 community groups and faith-based organizations over the past two years, with a plan to be active in pushing lawmakers to adopt it.

Schools are hard-pressed to persuade those parents who are able to pay to keep student accounts current, Harold Kravitz, Mazon’s national board chair and senior rabbi at Adath Jeshurun Congregation in Minnetonka, told the Post.

“We’re sympathetic,” he said, “But what’s really problematic is when you’re trying to collect from families that are already in that subsidized category. It puts kids in the middle. These stories of schools acting on their policies of dumping lunches—it’s appalling.”

The legislation doesn’t entirely solve the problem, but it offers some protection to the lowest-income kids, according to Legal Aid. While Mazon and its coalition understand there’s a long line of needy agencies that are hoping for new funding, not funding the lunch program would be foolish, the rabbi told the news site, “We know that kids who are hungry find it hard to learn.”

As of this week, Minnesota is getting closer to increasing its school lunch subsidy for poor students. The St. Paul Pioneer Press reports that the House unanimously passed legislation this week that would guarantee a hot school lunch to any student who wanted one but could not afford it. They appropriated $3.5 million to increase state support to hot lunches from 12.5 cents to 52.5 cents per meal.

Lawmakers also approved an amendment that stops school staff from such actions as stamping a child’s hand or pinning a note to their clothing if they owe money for meals.  The measure now goes to the state senate, where similar legislation has been referred to the Education Policy Committee.