“One Girl with Courage Is a Revolution:” Video Makes Waves 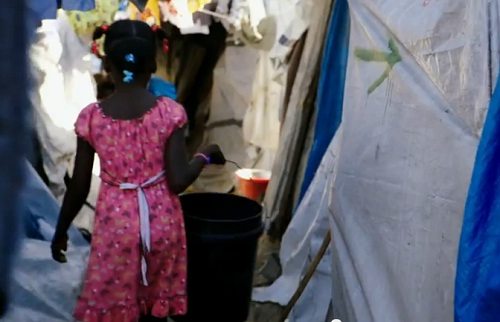 The soon-to-be released film Girl Rising, developed by the nonprofit 10×10, tells the stories of ten girls throughout the world who, without ever having met, are sharing dreams that are reflective of millions of others throughout the world. The film’s tagline? “One girl with courage is a revolution.” You can watch the official trailer for the film here:

Last week, the film was screened at the Sundance Film Festival and, writing for the New York Times, Brooks Barnes observed, “Girl Rising is rapidly becoming one of the hottest cause documentaries in years, and it’s not even finished yet.” Barnes notes that the skillful marketing behind Girl Rising includes a targeted promotional campaign by the online marketing company Adly which links causes with celebrity “influencers” and a kick-off party hosted by a billionaire media magnate. According to Adly CEO Walter Delph, the company has managed to push online information about the film out to “about 10 million followers,” which Delph asserts “directly resulted in in 10,000 views on the Girl Rising YouTube site and 6,000 visits to the movie’s Web page.”

The film’s official release is slated for March 8th, which is International Women’s Day. It will be playing in select theaters throughout the U.S. and there will be a follow-up airing on CNN sometime in the summer. To assist with the film’s distribution, 10×10 has partnered with Gathr, a platform that enables supporters to host movies in their local area. Along with an accompanying book club and resources for starting campus groups, 10×10 also highlights specific ways that supporters can get involved with the related work of ten international nonprofits that serve as the film’s partners, opportunities that are also being promoted on Facebook and Twitter.

Speaking about Girl Rising and reflecting on the growth in activism surrounding girls’ education, former U.K. Prime Minister Gordon Brown recently wrote in the Huffington Post, “Demonstrations that started as cautious, often gentle, admonitions to the powers that be, with respectful requests for change, have now come to encompass a set of defiant, non-negotiable demands in the form of ultimatums – and rightly so.” –Anne Eigeman