One Nonprofit’s Experience in Renaming Itself 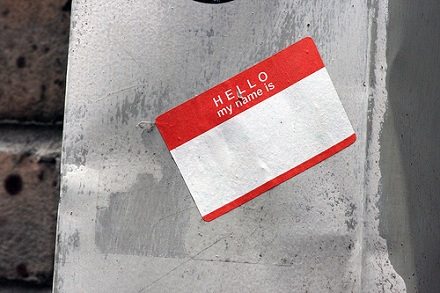 An Albany, Ore.-area nonprofit that has been working with developmentally disabled adults for some 35 years is undergoing a name change. Center Enterprises is becoming Co-Opportunity, Inc., and the switch raises some interesting questions about nonprofit naming strategies. The group’s operations director, Charles Edelson, discussed the name change on a local sports radio call-in show and explained, according to the Albany Democrat-Herald, that the name Center Enterprises “didn’t signify anything” whereas the new name “suggests cooperation and images of opportunity.”

Here’s where it gets interesting: according to the Democrat-Herald, “Coming up with the new name took several months and different ideas were considered. Executive Director Susan Kehoe eventually saw the name being used by an east coast organization and thought it fit.” That East Coast organization is Co-Opportunity, a Hartford, Conn.-based housing and community economic development nonprofit “working to empower low income people to become self-sufficient community stakeholders.” This organization already owns the web domain for co-opportunity.org. And it’s not the only Co-Opportunity out there.

In Santa Monica, Calif., the community-owned Co-Opportunity food co-op “has been providing natural, organic and local foods to the Santa Monica area since 1974.” This group owns the web domain cooportunity.com. There is also a Bristol, England-based Co-Opportunity Limited, which is an employee-owned company that offers web design, accounting and database services to clients in England and Wales (which you can find at cooportunity.org.uk). Co-Opportunity is also the name of a book by John Grant, an author who owns the web domain coopp.net.

While it’s a subjective question, we think most people would tend to agree that Co-Opportunity conjures a more positive image than the stodgy-sounding Center Enterprises. But given the amount of Co-Opportunitys that already exist, was this a smart name change in the age of the Google search? We certainly don’t wish to dump on Center Enterprises/Co-Opportunity, which has a long track record of doing important work, but one imagines that this group’s new website, currently under development, might get lost in the shuffle of all the pre-existing pages one finds online bearing the Co-Opportunity moniker.

According to the Democrat-Herald, Edelson says, “We all agreed it [the new name] worked with what we wanted to say…No one else in the state had it, so we decided that was it.” Is a state-level focus the proper scope to approach such naming decisions with, or has the World Wide Web expanded the breadth of what nonprofits should consider when naming or re-naming their organization? Have you had an experience with renaming your organization? Can you tell NPQ readers about it via one of our “Voices from the Field” columns? –Mike Keefe-Feldman