One School Experiments with Use of Housing Vouchers 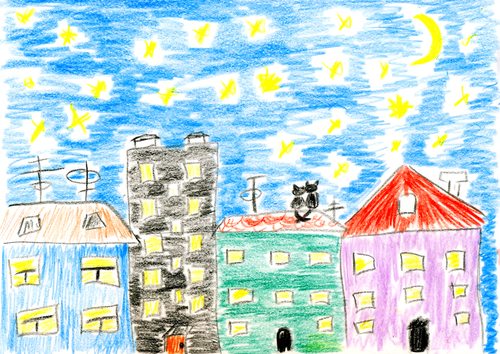 It’s not news that the presence of a stable, nurturing environment helps children perform well in school. Yet today, increasing numbers of kids are at risk as parents struggle to find work, affordable housing and safe neighborhoods. The Urban Institute’s recent report, “Crossroads: the Intersection of Housing and Education” by Matthew Johnson and Justin Miller, cites disturbing data from the National Center for Homeless Education, saying, “About 1.3 million public school students were homeless during the 2012–13 school year, both an 8 percent increase from the previous year and a new record high.”

This is a serious problem for all involved—students, parents, teachers and communities. “As any teacher can tell you,” the United Federation of Teachers (UFT) reports, “the lack of stable and secure housing reverberates in the classroom. More than 75 percent of homeless children read below grade level, and 36 percent of homeless children repeated a grade, twice the rate of other children.”

Many housing authorities around the country use vouchers funded by the Department of Housing and Urban Development (HUD) to help homeless families. For some, vouchers provide more stability; for others, the Urban Institute report says, it encourages them to “move to any neighborhood where they can find affordable, voucher-accepting housing.” This causes disruption in public schools, and some U.S. communities are looking for new strategies.

Many states are watching the results of an experimental program in Tacoma, Washington. In 2011, the Tacoma Housing Authority (THA) McCarver Special Housing Program launched to provide homeless families with rental assistance and to promote good education practice. The initiative came after THA Executive Director Michael Mirra and others recognized that “poverty, housing instability, hypermobility, and homelessness combined to undermine efforts in classrooms.” At the same time, the THA’s waiting lists “for housing vouchers and public housing units grew as long as seven years with no relief in sight,” according to the Urban Institute report.

Their idea, as the report states, was that perhaps “the same dollars spent on housing assistance could simultaneously boost low-income children’s academic performance, help their school succeed, and transform a neighborhood.” So the THA chose fifty homeless families with children in kindergarten, first, or second grade at McCarver Elementary School to be offered five years of rental aid, requiring them to pay just $25/month for the first year and 20 percent of the rent in the second year, increasing by 20 percent each year following.

In return, the families had to meet several expectations. First, they had to keep their kids enrolled at McCarver for five years. Secondly, they agreed to make sure their kids got to school on time, and also agreed to make time for students’ homework, reading to children at home, and attending parent-teacher conferences and PTA meetings. Parents were encouraged to pursue education and employment opportunities provided by partner organizations and the authority, required to work with caseworkers to keep the plan on track, and asked to keep the school apprised of their kids’ academic progress so the pilot program could be evaluated. Doing this required cooperation between families, the housing authority, the school district, and neighborhood stakeholders.

McCarver Elementary is located in an area once known for magnet schools and community engagement but which had become a “neighborhood in transition from struggles with poverty, drugs, and violence.” The initiative sought to change the school’s exceptionally high student turnover rate to provide more stability for students and less disruption for teachers. This is important, according to the National Association of Homeless Children and Youth, because, children report, “School is a home to them—a place where they see the same faces, sit in the same seat, and can put their hearts and minds into pursuits that ease their daily troubles. In school, students gain the skills and support needed to avoid poverty and homelessness as adults.”

According to the Urban Institute report:

“The McCarver program is just beginning its fourth year, and Mirra is awaiting the third independent evaluation. The first two appraisals showed promise, and if the third comes back positive, Mirra and his colleagues will begin to discuss extending the program at McCarver and possibly to other schools in need. Tacoma’s housing authority and school district will determine where things go from here, but many around the country are waiting to see the program’s broader effects.”

“More and more, policymakers, researchers, and philanthropists,” including the Gates Foundation, which provided seed funding for the Tacoma project, and the John D. and Catherine T. MacArthur Foundation, which has long funded research in this area, are “interested in using housing as a platform to deliver services and supports to low-income families, beyond just the provision of safe and affordable places to live.”—Susan Raab