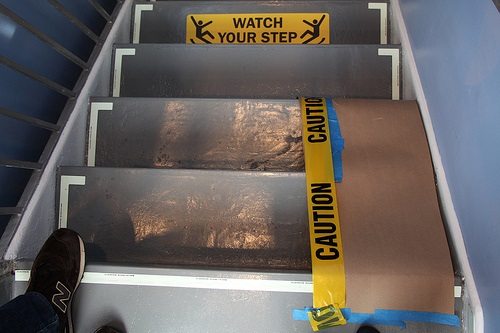 A lawsuit filed by the American Humanist Association against a school district in Colorado represents an interesting tool to explore when a governmental unit, such as a public school and its employees, has stepped over the line and are promoting a specific religion.

The lawsuit claims that the Douglas County School District in Highlands Ranch has violated the Establishment Clause of the First Amendment by repeatedly promoting and supporting projects that are overtly evangelical, promoting people in developing nations to convert to Christianity. The lawsuit is filed on behalf of three plaintiffs and their families, all of whom are members of the American Humanist Association, and are claiming to have suffered “irreparable harm.”

Like many school districts around the country, Douglas County Schools promotes civic engagement among their students. Their annual canned goods drive is one example of how the district encourages students to become active and find ways to remember and to support those who are less fortunate. The drive is sponsored by Chaparral High School’s Student Government, which has a social studies teacher, Chris Bowman, as the advisor. In another time-honored tradition, the class that brings in the most cans will win a prize. Has the line in the sand been crossed yet?

In an email Bowman sent using the school’s listserv, he references another element of the canned foods drive. The email, quoted in the lawsuit, reads:

“In addition to the Canned Food Drive, we are also collecting Operation Christmas Child boxes for both weeks. Please tell your classes that they will be worth 20 points each, up to 5 boxes. Items needed include: toothbrushes toothpaste chap-stick bars of soap markers/crayons pencils/pens (please recommend this one) packs of paper/coloring books washcloths grooming items (combs, hair bands, etc.) hard candy Christmas present toys for a girl/boy of any certain age group.”

So, by participating in the Operation Christmas Child program, classes can get extra points towards the drive’s grand prize. By using the school’s listserv to promote a program involving Christmas, has the line in the sand been crossed yet?

Operation Christmas Child asks participants to fill shoeboxes with basic items, such as for personal hygiene (like a toothbrush), and any items the participant thinks a young child in a less fortunate country might like. The program will send these boxes overseas and offer some children living in poverty-stricken areas what might be their first Christmas present ever. By incentivizing sending Christmas presents to children in other countries, has the line in the sand been crossed yet?

The support for Operation Christmas Child does not stop there, the lawsuit alleges. On the website for the district’s SkyView Academy, a newsletter for parents from the principal was posted that encouraged readers to bring their shoeboxes in for the program. The class with the most shoeboxes would win a party and a night without homework! By posting encouragement to participate on this public elementary school’s website, had the line been crossed?

Operation Christmas Child is a mission managed by Samaritan’s Purse, an evangelical organization run by Franklin Graham, son of the famous Billy Graham. As described on the organization’s website, Operation Christmas Child is designed to attract young children to the churches that are distributing these boxes filled with supplies and presents. They are then encouraged to learn about Jesus and the Bible. The ultimate goal is to have these children attract their parents to the church they now enjoy visiting, and so help to convert the families to Christianity. On the Douglas County website, an elementary school principal is actively promoting an initiative designed to convert people in other parts of the world to Christianity. Is it here where the line in the sand gets crossed?

In a slightly ironic related story, a victory was claimed by the American Humanist Association recently. On October 30th, a judge ruled in a case brought by AHA and a federal prisoner, recognizing Secular Humanism as a religion that is protected by the Establishment Clause.—Rob Meiksins