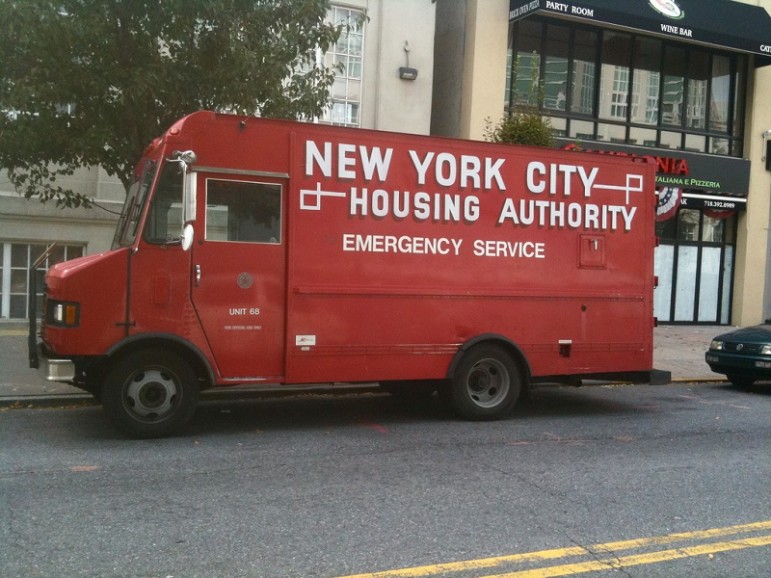 New York is home to the nation’s largest public housing authority. Public housing complexes dot the New York City skyline even as trendy young professionals migrate to the up-and-coming (and quickly gentrifying) neighborhood of Williamsburg in Brooklyn, bringing with them money, entrepreneurial dreams, and demands for a better, all-inclusive neighborhood.

The New York City Housing Authority (NYCHA) has announced NextGeneration, a ten-year strategic plan to make “fundamental changes that address how NYCHA is funded, how it does business, and how the Authority engages with residents.” NYCHA plans to demolish, rebuild, and renovate its buildings with the help of urban architects to make new condos with appeal for young professionals. NYCHA residents will be given vouchers for rent. Essentially, the plan for Williamsburg NYCHA tenants is to have them live side-by-side with the newcomers, blending current and new Williamsburg residents in the same buildings.

NYCHA’s plan is not revolutionary. In 2000, the Chicago Housing Authority (CHA) launched The Plan for Transformation. The Plan had hopes of revitalizing neighborhoods with mixed-income housing divided in thirds: One third would be residents paying market rates; one third would be reserved for those who qualified for affordable housing, also known as Section 8; and the final third would belong to CHA. The 15-year plan has yet to come to full fruition; in late 2015, reports noted that CHA’s transformation was only 88 percent complete. In the process, the Plan displaced thousands of families, and many residents left the CHA system all together. Those residents who relocated throughout the city now live in increasingly impoverished neighborhoods and, given the recent crime rates, probably more violent ones as well.

There are many lessons for New York to learn from Chicago’s plan. One of the key differences between NYCHA and CHA is the neighborhood where revitalization is to take place. Williamsburg is already in transition. Chicago had hopes that by changing the way housing was built, the neighborhood would somehow magically rejuvenate itself. It failed to secure jobs and provide community support networks. NYCHA has had employment-ready opportunities in place for some time. While they serve a limited number of residents, a mere 10 percent, it is a step towards sustainable employment options.

Preventing a disconnect between residents of NYCHA and the young professionals moving to the neighborhood will be important to NextGen’s success. A network of trust and social understanding should be formed between new businesses and current neighborhood residents, which will give both sides the opportunity to learn, form partnerships, and develop a comprehensive understanding of one another to ultimately invigorate Williamsburg.

Providing a continued support network for employment, community development, and sustainability that acknowledges NYCHA residents is vital to the long-term success of Williamsburg. Residents need to be understood as valuable assets with historically strong familial and community links to the neighborhood and the borough as a whole. After all, revitalizing a neighborhood means better education and better opportunities for all residents—not just the ones who can easily afford them.—Stacey Burton Alcocer