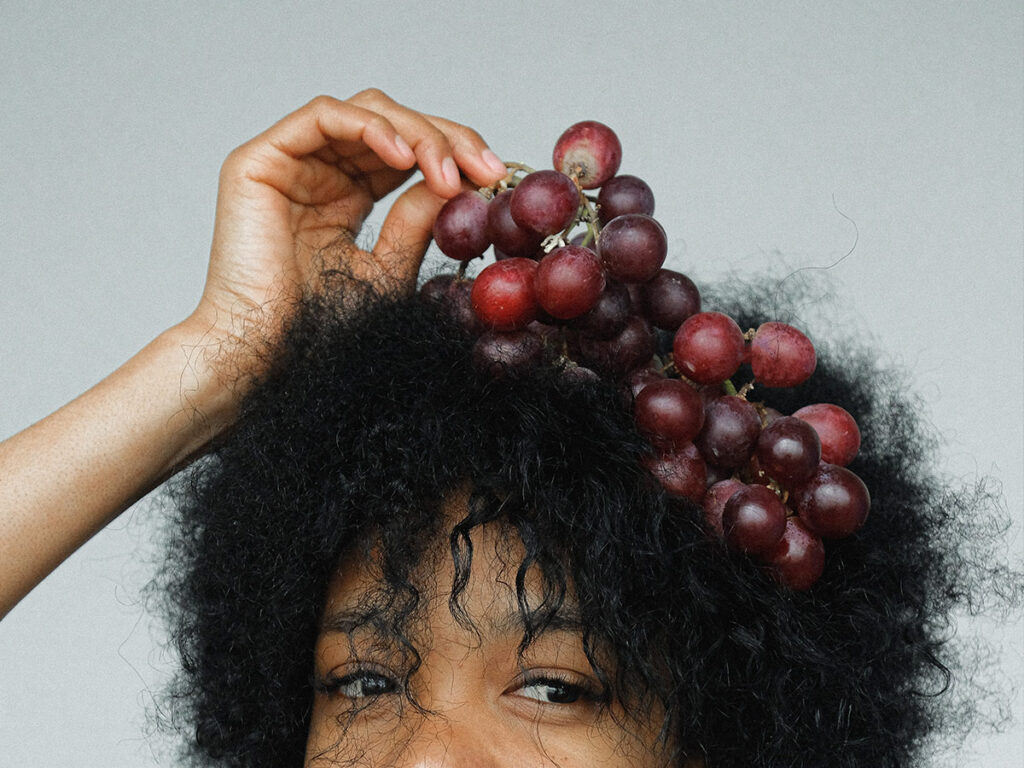 This article is part of Community Strategies for Systemic Change, a series co-produced by the Local Initiatives Support Corporation (LISC) and NPQ. In the series, urban and rural grassroots leaders from across the United States share how their communities are developing and implementing strategies—grounded in local places, cultures, and histories—to shift power and achieve systemic change.

Since January 2020, I’ve had the honor of leading the United Northeast Community Development Corporation (UNEC), a neighborhood-based community development corporation founded and led by residents of Northeast Indianapolis, a center of Black life in this Midwestern city for generations. At present, one of UNEC’s most critical projects is to convene a multi-partner collaboration in the city’s Northeast Corridor neighborhoods to transform our local food system.

I bring to this work the passion and perspective of lived experience. My family has deep roots in Northeast Indianapolis. I lived here as a young child and do again today. In the intervening years, I spent many happy times here with my grandparents and extended family. I also come from a family of grocery workers and managers. When I was little, my dad managed a large local grocery. “Ashley, go straighten the labels” was his way of keeping me busy as I watched him work.

Folks in well-to-do white suburbs of Indianapolis don’t have to circulate petitions or mount statistical arguments to coax a supermarket chain to open.

I’ve observed the inner workings of a complex food system that, when it functions well, nourishes our bodies, families, and cultures. I saw how my father was able to bring the community into the store, forging fond and sturdy bonds between people as they sought the sustenance that everyone needs. I have also seen how, when tied to neighborhood institutions, the food system can afford the dignity of living-wage work and a chance to build lasting community and family wealth.

The Costs of Neighborhood Disinvestment

What I describe above is the food system at its best, but this system is often not at its best. Over the years, I’ve seen corporate food giants pack up and leave our neighborhoods. Folks in well-to-do white suburbs of Indianapolis don’t have to circulate petitions or mount statistical arguments to coax a supermarket chain to open its doors in their communities. The stores’ expected profit per square foot makes that a no-brainer.

Meanwhile, the answer to our own vigorous recruitment efforts is too often no. Grocery store chains say there aren’t enough households, or there’s too much risk of theft, or that neighborhood residents don’t have sufficient income to pay for the food the stores stock.

A Positive Vision of Food Sovereignty

Frankly, it is tiring to plead with outsiders to sell their products here. Unwilling to wait for others to save their community, residents of Northeast Indianapolis have enthusiastically come together to create the Equitable Food Access Initiative (EFAI).

The core idea that grounds the initiative is food sovereignty. At a practical level, this means focusing on hyperlocal solutions to food insecurity and lack of access. This includes organizing to produce our own food—food that’s healthy and varied, pleases community palates, and uplifts Black culinary traditions.

In the richest country on earth, our community ought to have quality, affordable food and see the income and wealth generated by our consumption circulate within the community, rather than being extracted by some distant corporate entity.

These ideals and beliefs are built into how EFAI works. Seeking to address the root causes of food insecurity in its own backyard, the Anthem Foundation (a philanthropic arm of the major Indianapolis-based health insurance company, Anthem, Inc.), funded the initiative with a $2.45 million grant to LISC Indianapolis. On the city’s northeast side, our collective of residents and organizations, including UNEC and local food growers, submitted the winning proposal in a request-for-proposals process, launching an intensive three-year planning and implementation process.

We meet monthly with a food-justice committee along with representatives of seven other areas of Indianapolis and citywide leaders. UNEC employs a full-time community builder tasked with representing the food initiative across Northeast Corridor neighborhoods. It also employs 10 part-time neighborhood food advocates, who are gathering diverse resident perspectives on what matters and where to begin.

The community planning effort seeks to create a local food action plan, which the coalition intends to complete by year-end. To ensure the plan will have teeth, the Northeast Corridor-based collective is empowered to decide which projects to pursue and fund. Just over a year into the planning process, we have already arrived at a consensus to double down on assets that are already here—to expand the capacity of Black and Brown food growers and producers; create stronger connections with local retailers, restaurants, and other food vendors; and educate residents, especially young people, about the food system while preparing them to work gainfully and fruitfully within it.

Building this local capacity may seem like a process-oriented nicety, but it’s much more than that. A market analysis of how the food system operates in the Northeast Corridor, completed in June 2022, makes it crystal clear that business as usual won’t work here. The three zip codes that make up the corridor are home to some 36,000 people. Approximately 20,000 of them live in a food desert, meaning they have no full-service grocery market within a mile of home. They’re also poorly served by public transit. Residents can’t just throw money at this problem by using delivery services or driving to another part of town; about half of area households earn less than $35,000 a year.

Let’s say you’re a senior or a mom with little kids in tow. Are you going to carry a bag of fresh produce for more than a mile? Are you going to take the bus? It’s often impossible. Of the 83 stores selling food in our area, only 11 sell fresh vegetables. More than half are convenience stores.

Everyone understands that while the funding only lasts three years, growing a healthy local food system is a generational project.

In a region known for its corn and soybean fields—the breadbasket of Indiana—neighborhood residents pick up fried foods at corner stores and walk to gas stations that are happy to collect SNAP (Supplemental Nutrition Access Program, also known as food stamps) dollars for a loaf of bread priced much higher than at stores in the suburbs. Such lack of access is an injustice that feeds poor health outcomes, including higher rates of chronic diseases, such as diabetes.

So, we’ve been identifying assets, both human and infrastructural, that others might not see or even imagine when they read headlines focused on crime and poverty on the Northeast side. Black excellence abounds here.

Here are a few examples:

The food initiative’s resources have helped fund these efforts. But the initiative is not just a funder. It is co-governed, co-designed, and co-developed by people like Muhammad, Guerin, Triplett, and Lowry. And everyone understands that while the funding only lasts three years, growing a healthy local food system is a generational project.

Meanwhile, increased awareness of how social determinants of health influence life prospects has spurred some stakeholders to invest in our northeast neighborhoods’ food system, reinforcing the effects of the local efforts described above. For instance, the public hospital system, Eskenazi Health, is working with Meals on Wheels to deliver medically tailored meals to neighborhood seniors and people with disabilities. The county public health department is increasing resources for Fresh Bucks, which doubles available SNAP dollars for shoppers buying produce at participating farmers’ markets. And Bloomington-based medical device maker Cook Medical, which plans to establish a new manufacturing facility in the Northeast Corridor, is also working with partners to open a full-service grocery here in 2023. The new store, to be named Indy Fresh Market, will be run by two local Black entrepreneurs, who aim to ultimately become the store’s owners through a lease-to-own plan; a recent study suggests that the grocery could grow to employ 39 people full time.

Building Our Community for the Future

While I was overjoyed by media reports about plans for the incoming grocery store, I couldn’t help but glance at reader comments. And I’m not going to lie—there were more than a few ignorant and plainly racist disparagements of our community’s potential.

We have been misunderstood here in the Northeast Corridor. Our hope is that by developing a robust neighborhood food system, the community can not only build on its strengths, but also tell its own stories—feeding the spirit of community along with our bodies.

This reminds me of a lesson my grandfather taught me over the years. I lived with him in his Northeast Indianapolis home as he aged; he joked that he needed a roommate, but the truth is, he had much to offer me before he passed at the age of 88 that I had to offer him. He emphasized that we shouldn’t give up on the place that holds our history. You don’t need to move here or there to find the good things in life or do meaningful work. Instead, as granddaddy always said, just come on home.

As the CEO of United Northeast Community Development Corporation, Ashley Gurvitz has a passion for community development. She currently leads a nonprofit that bridges community voices to high-level social impact projects within Northeast Indianapolis, a predominantly Black community.