Last week, Pacific Standard, a nonprofit news magazine based in Santa Barbara, California, made the surprise announcement that it would close this Friday, August 16th. This has been one of a spate of closings, including Youngstown, Ohio’s The Vindicator and Governing, a publication dedicated to covering the work of state and local government officials (which has said it will close this fall).

With a focus on social and environmental justice and an aim to publish “stories that matter, stories that, by virtue of their ideas and craft, are capable of creating a better and more just society,” Pacific Standard has been covering stories big and small, both locally and internationally. The announcement, though it reflects broader financial challenges in the news industry, was still somewhat unexpected from an organization that had benefitted from stable foundation funding for a relatively long stretch of time.

Nieman Lab reported that the understanding of Pacific Standard’s editor-in-chief, Nicholas Jackson, was that SAGE Publications, Pacific Standard’s primary funder, was no longer in a position to fund the magazine or many of its other charitable projects. Revealing some of his own frustration with the news, Jackson explained, “We’ve been told repeatedly that the amount of funding that came from SAGE was going to be the same for the long term every year and we were responsible for raising additional revenue to support growth and cost of living increases and health insurance raises, and we’ve done that.” Still, according to Nieman Lab, the bulk of the publication’s $3.5 million budget came from the Social Justice Foundation, which is funded by SAGE.

Like most nonprofit news organizations, Pacific Standard has a donation page on their site (via the Social Justice Foundation) and also has done some interesting work uncovering the demographics of its readers, which most likely helped to build advertising revenue. In 2016, they also began experimenting with events “to educate and inform our community about some of the most critical issues we face today and to offer potential solutions that are sustainable and equitable,” which probably also helped to boost reader engagement.

Reflecting on these and other steps to transform the publication into a sustainable entity, Jackson told Nieman Lab, “It’s a lot harder to build an audience,” adding, “It’s not easily monetizable.” He clarified, “I thought the structure we had was going to allow us to keep doing that for a lot longer.”

Pacific Standard was established in 2008 as a re-branding of the publication Miller McCune, named for its founder Sara Miller McCune. Sara Miller McCune and her husband George founded SAGE Publishing (the company name apparently comes from the first two letters of both founders’ first names) in 1965, and the entity has since grown to be a well-known and successful academic and professional publisher.

SAGE’s publication The SAGE Story provides an overview of the company’s rapid growth from a single New York office to an international corporation and provides some discussion of the changes in McCune’s own philanthropic priorities during this time period. SAGE posted a statement on its site last week on behalf of the Social Justice Foundation, noting, “The Board of the Social Justice Foundation would like to record their thanks and admiration to all the staff, past and present, to contributors, and to everyone else who has been involved in publishing Pacific Standard and wish them well in their future endeavors.”

Given how abrupt this closing is, it is not surprising that there has been strong reaction to the news.

Today is an extremely difficult day, the worst day—and I’m heart-broken and devastated. We learned this morning, without any warning, that our primary funder is cutting off all charitable giving and that our board is shutting down @PacificStand, effective next Friday.

Along with others, Matt Bernius, a researcher at Measures for Justice, added valuable nonprofit context: “People working outside of the nonprofit space don’t appreciate how dependent organizations (even world class ones like @PacificStand) are on the whims & priorities of their core funders.”

Uncertainty remains about what will happen to Pacific Standard’s archives and about where the publication’s staff and freelancers will land. Editor-in-chief Jackson offered his hope via a follow-up tweet, “I’m scared, about my future and this industry, and upset that I won’t get to keep working with the 20-plus extremely talented journalists I’ve had the privilege and opportunity to hire and coach and mentor and learn from since I took on the EIC role four years ago. Hire them!”—Anne Eigeman 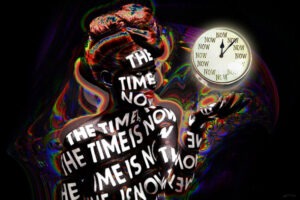