Patterns, Stories, and Systems: The Stuff of Our Work

The universe is made up of things that repeat themselves and are at the same time unique. As young children, we see dogs, small and large, hairless and bushy, loud and aggressive or purposefully quiet and retiring, and somehow still it gets through to us that they all belong in the category of “dog.” We are helped in that realization by people who have seen more dogs than we have and know that the variety is just an embellishment on a species.

At some point, those who get really interested in dogs can look at one and know not only what breed it is but what its nature is likely to be—whether it will muscularly insist upon its own frenetic agenda like a Jack Russell, or be willing to sit for hours looking longingly and wet-eyed at its owner like a big old Lab.

In the same way some people know dogs, others of us know, or try to know, organizations. Nonprofit organizations have discernable patterns just as dogs do—many times nonprofits run true to type. These are the repetitions. Yet there are always those details and dynamics unique to a particular organization that are critically important to understanding what it is capable of and under what conditions. Respectfully discovering the common patterns of an organization as well as its particulars is wonderful work—it empowers the organization to relinquish unproductive things in favor of things that might stand a better chance of working.

There is a practice called organizational assessment that, if done well, allows a nonprofit to acknowledge how it has developed over time, how it is currently functioning, and what it might do to move along to produce the best possible outcomes for its constituencies. This practice is not the paint-by-numbers “let’s look at each of your discrete policies, procedures, and systems” kind of exercise that sometimes passes for assessment, but something more holistic. It requires a guide who can help separate problems common to a type of organization from problems unique to the situation. This guide also needs to understand the many patterns that exist among nonprofits.

These patterns can overlap—some have to do with age and stage of development, some with the way the particular group was founded, and some with the kinds and configurations of resource streams that flow through the organization.

And then there is the culture of the field of practice which can include some of the above, but also some other more surprising stuff. As long as we are on the topic of domesticated pets, some who have worked with them tell me that animal rescue operations have particular kinds of board problems that can be related to the awkward mix between dog people and cat people. I can’t vouch for the veracity of that perspective, never having had the opportunity to work closely with those groups, but I don’t doubt it. I have seen other distinctive field-wide patterns, for instance in literacy programs, community based multi-service centers, domestic violence organizations, and mental health and community health organizations. The patterns that we see in a field of practice are not permanent—they are mutable both in the individual organization and the field as a whole.

Sometimes these patterns have enormous implications on the larger systems of which they are a part. One example is a situation where all the nonprofit-based foster care programs in a state were examined to see why the system as a whole was not working better. The assessors found that each organization doing this important work was working in isolation because they saw themselves in competition for limited public funding. This meant that they were not looking carefully either at the possibilities of a combined advocacy agenda for more funding or for a statewide public education campaign, or at some of the specialization needs of an increasingly diverse population. Even though each individual organization was heroically working to place individual children properly, it’s easy to see how the downward spiral would proceed apace with overloaded staff, too little money, and virtually no replanning. If this story progresses without change, eventually a child will be lost to the system in a way that rises scandalously to the surface of public consciousness.

Within the individual organizations in such a system, staff morale might eventually erode, even while in some cases those same staff members remain passionately committed to the children. Administrators and leaders might be viewed either as incompetent, or as collaborators with an uncaring larger system, or as victims of that system who have to be protected. And when protectiveness sets in, there is always the potential for numbers games and other types of shortcuts in relationship to funding agencies and the work itself. You will see later, however, in the case of the South Cinder Health Center (page 40), that even within such a system an organization can raise itself above the fray.

Understanding the patterns in the way nonprofits function and why they occur is the stock in trade of the Nonprofit Quarterly. It is at the root of much of what we try do for you in the areas of financial management and design, governance, planning and evaluation, etc. We work from real life situations we have watched over the years to develop a sense of patterns and then, with others who know what’s what, we look at the reasons for those patterns and try to expose them to light so that you can make progressively more informed choices.

In this issue we have taken a more comprehensive view. What we have in store for you in the following pages are six real life stories shared by groups that had done organizational assessments over the past few years. I found each of the stories to be completely familiar in one way or another in the constellation of challenges they faced. You probably will as well.

Each story is accompanied by commentaries from people who have had the opportunity to watch and work with enough nonprofits in intimate settings to recognize and challenge patterns that may be unproductive. Many of these commentators have also run organizations themselves, and have had to struggle with the unending practical detail and sometimes complex emotional lives of their own organizations. In other words, they are humbled by experience, but deeply knowledgeable.

The Nonprofit Quarterly owes a special debt of gratitude to the organizations that agreed to be profiled here. Although we have changed their names and some identifiers in every case but one, it takes courage to open your organization up to such analysis, and by so doing contribute to the collective learning of the nonprofit sector. Knowing the leaders of these organizations, some of whom remind me of that bird balancing its egg on the branch in the illustration to this article, it does not much surprise me that they had this courage.

Suggestion for readers: Stop at the end of each story before you read the commentaries. Write down your thoughts about what you think led to the situation described, and what the organization needs to do next. You will likely be surprised at your own great instincts when you can look at something like this from a distance—and it’s good practice for looking at your own organization “from the balcony.”

After you do this exercise, go on and read the commentaries.

Box: We invited several of our readers’ favorite authors to comment on the cases and asked them:
What should the priorities be in this organization’s future strategy? What one course of action might leverage the most significant momentum in the right direction? Who needs to be involved and how? Please address any hidden factors or patterns that exist here that might block the organization’s progress.

As with the stories they have written for us previously, these commentators help us grasp both the system dynamics and the details that challenge each organization.

Margaret A. Leonard, lsa, has been the executive director of Project Hope, a neighborhood-based family development agency that offers an array of programs to assist families in their move beyond poverty, since 1985. Her article “Looking Together in the Same Direction” was published in the Winter 1999 issue.
Paul C. Light is the Paulette Goddard Professor of Public Service at the Robert F. Wagner School of Public Service of New York University, and a part-time senior fellow at the Brookings Institution. Paul’s article “The Spiral of Sustainable Excellence” appeared in the Winter 2004 issue.

Deborah Linnell has worked in the nonprofit sector for 23 years as staff person, executive director, board member, and as a consultant and evaluator for nonprofits and philanthropic organizations. She is currently the director of the Mission Effectiveness Program at Third Sector New England.

Kristen McCormack has 30 years of experience leading nonprofit and government organizations in Boston. She is the founder of the Neighborhood House Charter School in Dorchester, founding executive director of the Greater Boston Food Bank, and currently serves as the faculty director of the Public and Nonprofit Management Program at Boston University’s School of Management, where she teaches Social Entrepreneurship and Strategic Philanthropy.

Clara Miller is president and ceo of Nonprofit Finance Fund and a regular contributor to NPQ, including “The Looking-Glass World of Nonprofit Money: Managing in For-Profits’ Shadow Universe” in this issue. Ricardo Millett is the president of the Woods Fund of Chicago, which supports a range of nonprofit activities including issue analysis, public policy development, advocacy, and citizen participation in efforts to improve functioning of the city and its neighborhoods.

Our thanks to these commentators for all of their insights. And, we know that many of you, our readers, could write great commentaries on these cases too. We would love to publish some of them in our next issue.

Ricardo Millett is the president of the Woods Fund of Chicago, which supports a range of nonprofit activities including issue analysis, public policy development, advocacy, and citizen participation in efforts to improve functioning of the city and its neighborhoods.

Clara Miller is President Emerita of the Heron Foundation, which she led from 2011–2017, and advises, writes, and speaks on investing and enterprise finance. Prior, Miller founded and was CEO of Nonprofit Finance Fund from 1984–2010. Miller is an advisor to/member of the Sustainability Accounting Standards Board, the US Impact Investing Alliance, the Song Cave, the Impact Management Project (IMP) and Open Road Alliance. Miller, as a Clinton appointee, chaired the US Treasury’s first Community Development Advisory Board and served on the Community Advisory Committee of the Federal Reserve Bank of New York. 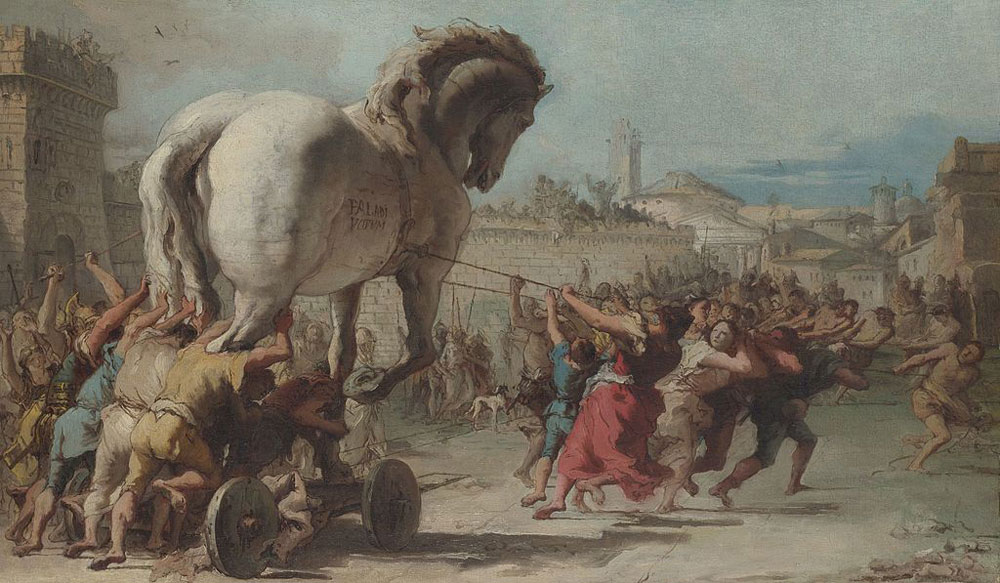 Gift Horse or Trojan Horse? A Thorough Physical is Critical

Capital, Equity, and Looking at Nonprofits as Enterprises