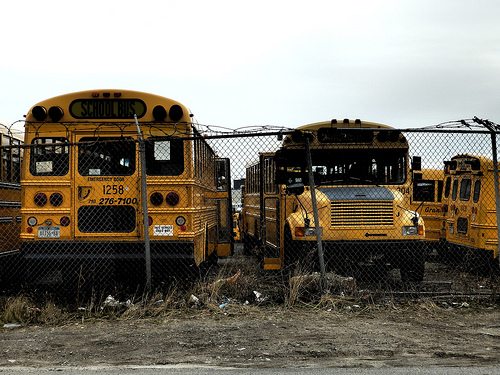 Since the start of the school year last month, Philadelphia media outlets have been investing considerable time and space to covering the countless ways that the school system’s $304 million budget shortfall is being felt by local students, parents, teachers, and administrators. According to Newsworks, even before the academic year began, the layoff of more than 3,850 district staff members and related program cutbacks led attorneys from the Public Interest Law Center to wonder if the state was going to be able to meet its legal obligation of providing an adequate education to the city’s students. As a clear indication that local concern for city’s schools continues to grow, last week Parents United for Public Education and the Public Interest Law Center of Philadelphia launched myphillyschools.com to expedite complaints to the Pennsylvania Department of Education via an online form. Together with Fund Philly Schools, an information and advocacy hub that lists 15 organizations as co-sponsors, school advocates are not only equipping parents with useful tools, but they are also reinforcing media coverage of what has quickly grown from a local into a national story.

As one of countless examples of how the shortfall is affecting students who are dealing with fewer guidance counselors, assistant principals, arts teachers librarians, and other staff, Newsworks cites Minh Nguyen, a staff member at the nonprofit Boat People SOC. Nguyen described the confusion of a high school senior who arrived from Vietnam last year and is now struggling with limited support. “There’s no language support that is accessible to her.… There is one BCA, a bilingual counseling assistant, that rotates between four different schools,” Nguyen explained.

In an odd coincidence of timing, last week, just as myphillyschools.com launched, the Pennsylvania Department of Education launched the first phase of its new school performance rating profiles, which include the Philadelphia schools. According to the Notebook, “District results show declines in proficiency rates from 2012 to 2013 in most schools, and across all grades and subgroups.” Compounding the frustration that Philadelphia families are likely to have with these results is the fact that, as the Notebook points out, data from about 600 schools have not yet been uploaded.

On the fiscal side of this multidimensional story, on Thursday the City Council approved a bill to transfer $50 million to the district in return for the sale of shuttered school buildings. Meanwhile, school advocates continue to push for the state to enlarge its annual financial commitment to the district. Newsworks reported Thursday that 260 online complaints had already been filed and that 100 more were expected to come in by the end of the week. Along with many others, we are staying tuned to this story as it unfolds.—Anne Eigeman