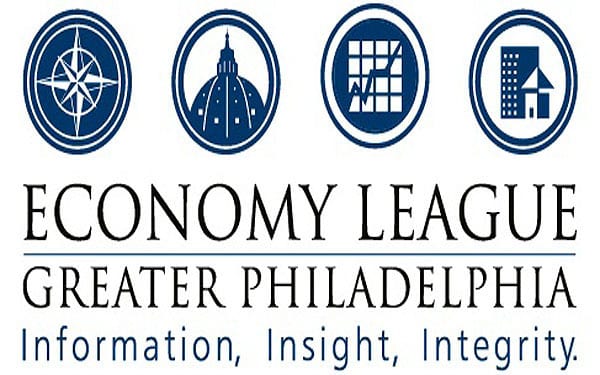 Philadelphia Anchors for Growth & Equity, or PAGE, is a new citywide initiative that seeks to significant boost local purchasing by 13 city universities and hospitals, writes Diane Mastrull in the Philadelphia Inquirer.

“This is a unique collaboration between the city, a nonprofit, and all of our major eds and meds institutions.… They’re all lined up to figure out how to use their purchasing power to create more jobs,” says Jeff Hornstein, executive director of the Economy League of Greater Philadelphia, the nonprofit that founded and is leading the PAGE initiative.

The Economy League seeks, over the next 8–10 years, to “localize $500 million in contracts at 13 city hospitals and universities for goods and services—such as office supplies, lab equipment, food, video production, and web design,” Mastrull explains. If the League succeeds, that level of redirected purchasing could generate as many as 5,000 living-wage, middle-skill jobs for Philadelphia residents. The scale of the effort is audacious. But there is precedent. As NPQ reported earlier this year, in Great Britain, a buy-local effort in Lancashire (county seat: Preston) shifted nearly £200 million in spending (about $255 million at current exchange rates) and is estimated to have generated 1,600 local jobs in four years.

Hornstein, before directing the Economy League, had worked for the city of Philadelphia as director of financial and policy analysis. Hornstein was project director for a 2014 Controller’s Office report that found that a 25 percent increase in local spending by area institutions would mean 4,400 new jobs and create an additional $14 million in annual tax revenue for the city. A little over a year ago, in May 2017, Philadelphia voters approved a ballot question that gives small businesses a better shot at nonprofessional services contracts with the city by allowing that work to be awarded based on “best value” rather than lowest price.

PAGE’s public launch follows a report by the Sustainable Business Network of Greater Philadelphia. Titled Local Procurement: An Evaluation of Barriers and Solutions from the Business Perspective, that called on “city government and local anchor institutions (especially hospitals and universities) to buy more goods and services locally in order to promote a ‘vibrant, equitable, and resilient economy.’”

The PAGE effort also borrows lessons learned from similar (if smaller) efforts in Baltimore, Chicago, Detroit, and Cleveland. Mariya Khandros, who is director of shared services at the Economy League and is leading the PAGE project, observes that, “We are pioneers in certain strategies to do this work, but we are following in the footsteps of several successful initiatives.”

Kurt Sommer directs the Baltimore Integration Partnership, one initiative that has inspired PAGE. The initiative Sommer leads has worked the past eight years to support job opportunities for low-income, predominantly Black residents of Baltimore.

“The work is hard, without a doubt,” Sommer concedes. “We’re taking large institutions that typically compete with each other…slowly through the years, [we] have built a table of trust…where there are common goals of supporting community needs in Baltimore…by recognizing there’s more to gain by working together in certain areas.”

Key tactics have included vendor fairs, workforce development, and small-business capacity-building. “This work is as much of an art as a science,” Summer says. “You’re working to take things institutions do at ease, going against the grain and trying to carve out intentional approaches to support local economic needs.”

Supra Office Solutions Inc. in West Philadelphia is one business that could benefit from PAGE. Lin Thomas, president of Supra, notes that small businesses face many obstacles to obtaining contracts.

“It’s been difficult to be much in the game when customers are looking to keep things with one vendor or one or two primary vendors for simplicity for billing and receivables and payables,” Thomas explains.  Ken Carter, who is a partner at Supra, also notes that the firm routinely faces the misconception that “smaller enterprises are not savvy enough to work with the larger institutions.”

But these obstacles can be overcome. Already Thomas says PAGE has helped a subsidiary business of Supra which produces medical lab supplies to get a foot in the door and ultimately land a “major dollar” contract with Penn. The new contract is expected to increase the company’s annual sales to the university to between $17 million and $25 million, up from $500,000.—Steve Dubb