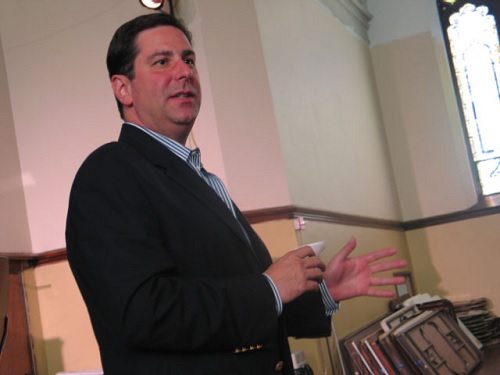 Pittsburgh’s new mayor, Bill Peduto, sent a letter to Pennsylvania Governor Tom Corbett this week recommending that the city remain under the state’s Financially Distressed Municipalities Act as it recovers from the Great Recession, according to the Pittsburgh Business Times.

Also known as Act 47, the law gives the state the power to declare certain municipalities as financially distressed, providing for debt restructuring, limiting the ability to obtain government funding, authorizing participation in federal debt adjustments and bankruptcy, and allowing the consolidation of contiguous municipalities to relieve financial distress.

The city’s ability to negotiate payments in lieu of taxes (PILOTs) from local nonprofits is strengthened if Pittsburgh remains under the auspices of the Act. The city, once America’s steel center, is home to many large educational and medical nonprofit institutions that are exempt from property taxes. Pittsburgh is the birthplace of the PILOT movement, and its program is the nation’s largest.

The Times said that “Peduto said the city is at a ‘critical juncture’ in its financial recovery and charted four major areas to be addressed before Pittsburgh can emerge from state oversight: pensions, debt, recovery plan recommendations, and a long-term PILOT program with Pittsburgh’s nonprofits.”

The new mayor specifically expressed interest in using Act 47 to leverage greater revenue from the nonprofits that own large properties in Pittsburgh. Currently, the city has gone court to revoke the nonprofit status of the University of Pittsburgh Medical Center, its largest nonprofit and largest employer. Doubtless the city looks back on the days when US Steel was its largest employer and paid taxes on its huge steel plants and other holdings.

The request from Mayor Peduto continues the ongoing debate over the tax-exempt status of nonprofits in America’s cash-strapped cities, which features two key sectors of society, both pledged to improve communities and help people in need, fighting over diminishing financial resources.—Larry Kaplan