Planning for Leadership Emergencies in Nonprofits 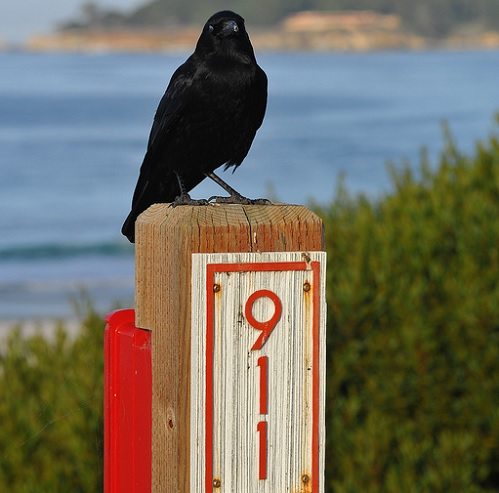 Originally published as a report in October 2011. Available for download here.

“What would happen at your clinic if you’re in a serious accident and can’t go to work?”

That’s the question Jack Neureuter had for a CEO colleague who had done no backup planning and was about to go on an extended trip. She took his admonition to heart and set about establishing an emergency backup plan for her clinic. Jack, who is head of the Alliance Medical Center in Healdsburg, had previously seen a clinic board not know what to do and “go crazy” when they suddenly lost their executive. “They abruptly brought in an interim leader who didn’t know the clinic, and chaos resulted.” The staff didn’t trust the new leader and resisted his direction. Because there was no plan in place for how the board would handle the ongoing CEO succession process, the staff was highly anxious that the wrong choices would be made and that clinic services would suffer.

It’s almost certain that every community clinic leader knows of at least one story of a clinic struggling to overcome confusion and disarray when its chief executive was suddenly absent due to unforeseen circumstances, like an accident or a health crisis. Jack vowed that would never happen at his clinic. To prevent it, he has undertaken extensive leadership backup planning at Alliance Medical Center.

Jack, who has been the Center’s CEO for five years, has created an emergency succession plan that covers his position and those of the Center’s Chief Operating Officer, the Chief Financial Officer, and the IT Director. Jack and the three administrators have each named a backup who would carry their duties in an emergency. To get them ready, the four Center leaders have created training and orientation plans for the identified backup staff. The Center’s board of directors has reviewed the emergency succession plan and adopted a resolution formally ratifying it.

For the CEO position, Jack has named the Center’s COO as the person who would carry his duties if he were suddenly absent. The COO’s enrollment in the Clinic Leadership Institute at UC San Francisco has been a major part of her preparation to step up in Jack’s absence. Jack has also taken the COO to his meetings with funders and community leaders who are important to the Center. As a result, they recognize her as a leader capable of stepping in for Jack if necessary. The other three administrators are similarly preparing their emergency subs.

Jack has undertaken emergency succession planning first and foremost as a risk management practice. He wants to ensure that there would be no interruption of clinic services if one of the four leaders were suddenly absent. However, he also sees the training and exposure that the administrative backups are receiving as preparation for them to possibly succeed their supervisors when those supervisors leave their jobs in planned departures. And Jack is quick to add that he has no plans to leave his job anytime soon. “I love my job and want to keep doing it for a number of years.” The other three administrators express similar sentiments.

As advice to his peers in other clinics, Jack says, “Just do it. It’s not difficult and my staff has been very positive about it. ‘Succession planning’ does not have to be a scary term.”

A sample emergency succession plan template for a chief executive position can be downloaded from the website of CompassPoint Nonprofit Services. The template includes all the essential elements for a solid leadership backup plan:

Ideally, a clinic’s board of directors should have a hand in writing the emergency backup plan for the CEO position. Because the board is ultimately responsible for assuring that a qualified person in leading the clinic, they will want to sign off on the CEO’s choice of who will fill in for him or her and on how that person will be trained.

The emergency plan template for the CEO position can be adapted for other administrative positions. While those plans are the responsibility of the CEO, boards do take comfort in knowing that plans are in place to ensure continuity of clinic leadership in emergencies. To that end, some nonprofit boards have proactively adopted a formal, broad-ranging “Succession Policy” that, among other prescriptions for talent development, directs the organization’s leadership to create emergency plans for all management team positions.

Jack Neureuter views his emergency backup planning as the Center’s first step in creating a more expansive succession policy. The policy will embed ongoing leadership development—for Board and for staff—into the Center’s culture and planning. And it would include the Board’s plan for how they will manage the transition to Jack’s successor when he leaves the CEO position.

Testing a clinic’s emergency backup system can be an important final step to ensuring the right people have the right skills to step up. Dave Jones, the mild-mannered, 23-year CEO of Mountain Valleys Health Centers in the “frontier” region of northeast California, received a sabbatical award from the California Wellness Foundation in 2003. Dave took time before his three-month leave to orient the administrator who would carry his CEO duties. In following the award guidelines, Dave broke all contact with the Centers for the three months to ensure he could take full advantage of the personal rest and renewal opportunities that the award was intended to provide.

When he returned, he reports, “The staff was ready to mutiny.” The acting CEO, who was regarded as doing a great job in his regular position, had a hands-on, detail-oriented supervision style that was quite different from Dave’s. Staff resented the acting CEO’s intrusions into their productive work routines.

Based on that outcome, Dave named a different administrator as his backup for subsequent absences. She has successfully filled in for him when he has taken vacations in more recent years.

To build the skills of your emergency backups, Dave Jones advises, “Delegate as much as you can.” The result is that “not everything is on your shoulders” because the management team is sharing executive duties. Emergency succession planning, besides being an important risk management practice, provides the additional benefit of being a stress reducer for an overburdened clinic leader. Dave happily reports, “I can now take breaks from my job with the peace of mind that things will be fine without me.”

The peace of mind that comes in knowing that the all-important health safety net services of the clinic would not be endangered by the departure of one or more of its leaders is ultimately what emergency backup planning is all about—for the board, for managers, for staff, for clients, for funders. Jack and Dave would say it’s essential that every clinic have a plan.

Tim Wolfred, PsyD, developed the executive transition program of CompassPoint Nonprofit Services in San Francisco in 1998 and led it for thirteen years. Wolfred currently provides search and succession planning services for nonprofits as an independent consultant. His most recent publication is Managing Executive Transitions: A Guide for Nonprofits (Fieldstone Alliance, 2009).