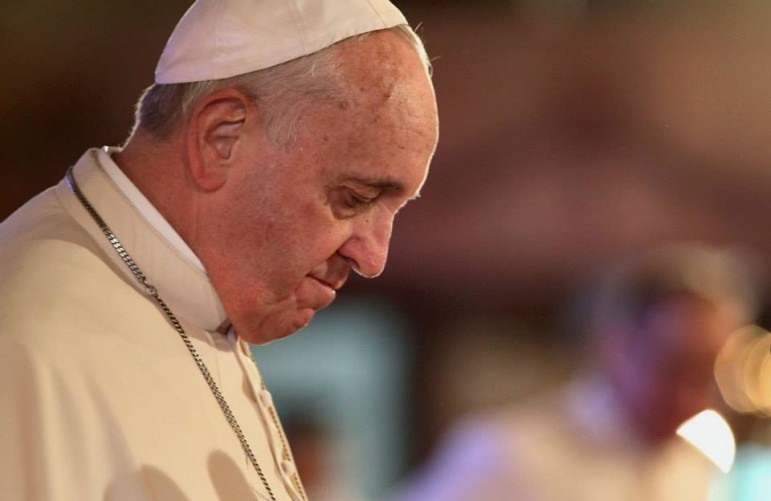 Media attention to the passage of a potentially repressive NGO law on the eve of Pope Francis’s visit to Uganda on November 27th and 28th is emblematic of two things: high confidence in him and in the influence of the Catholic Church in a country that is at least 42 percent Catholic, and concern over the operating environment for civil societies, especially those working on human rights. This concern stems from a “growing intimidation of civil society” effected through government attacks on civil societies working on “sensitive” issues. The human rights of lesbian, gay, bisexual, and transgender (LGBT) people have received particular attention, ostensibly because the state has legitimized violence against them through policy.

The 48-page Non-Governmental Organizations Bill 2015 purports, among other things, to “provide a conducive and an enabling environment for the Non-Governmental Organizations sector” on grounds that its “rapid growth” has “led to subversive methods of work and activities, which in turn undermine accountability and transparency.” The law also aims to decentralize and streamline NGO registration processes. But national and international civil society groups have criticized it for its excessive state regulatory powers and vague provisions. For example, the NGO Board may refuse to register an NGO if it considers doing so to be “in the public interest” (Article 31d) or for “any other reason” (Article 31e). Coupled with the government’s hostile stance to certain civil societies and the repressive implementation of existing policy, including the Public Order Management Act 2013, the NGO bill is stoking fears that state intimidation will worsen. The current status of the National NGO Policy 2010, hailed by civil society groups as “an important step forward in working to address overbearing government regulatory oversight in Uganda,” is unclear.

Uganda is only the latest of several countries to pass repressive civil society policies or persecute civil societies, contrary to global commitments to ensure an enabling environment for civil societies made during the aid effectiveness process. In a climate of growing state hostility toward civil societies and civic freedoms (case in point: Burkina Faso), the Pope’s visit could have been—and was seen by some—as an opportune time to address shrinking spaces for civic organization and tolerance for freedom of expression and association.

But His Holiness chose instead to focus on peace and reconciliation—two very real and crosscutting issues in many African countries—in Kenya, the Central African Republic, and Uganda in what this article suggests is a “coded appeal against discrimination [against LGBT persons].” Despite an ongoing fixation with LGBT rights, related groups are not the only ones affected by the NGO law or the government’s posturing towards civil societies. Also affected are, according to HRW, civil societies working on “sensitive” issues, including “oil revenue transparency, land acquisition compensation, and legal and governance reform.”

Human Rights Watch and Ugandan activists James Arinaitwe and Viviane Rutabingwa wrote separate open letters to the Pope prior to his visit outlining key issues in Uganda, and Ugandan and international media have been active. It is doubtful though, given the timing of the passage of the NGO law, that the country’s civil societies could have done more to draw the Pope’s attention to the issue of civic space. But the country’s human rights record is no secret. Because Pope Francis is not known to shy away from hard issues like the Church’s child sex abuse scandal, which he condemned during his September U.S. trip, it is all the more curious that he has held his peace on the right to freedom of expression in such a hotspot (Africa).

Almost half of Uganda’s population may be Catholic, but perceptions of the Pope’s influence on sovereign governments’ public policy are, at best, speculative. His influence on Catholics does not translate to an influence on government in a country where, unlike the Vatican, church and state are strictly separate. Pope Francis may have deflated some expectations out of recognition of the limits of his authority, which is primarily spiritual. Uganda’s civil societies, especially their human rights constituents, clearly need a champion to raise the profile of their cause. But Pope Francis is not the answer.—Titilope Ajayi

Titilope is an independent editor, writer, and civil society and gender and security scholar. She is currently a PhD student of international affairs at the University of Ghana, Legon, and also a 2017/8 Social Science Research Council Next Generation Social Sciences in Africa Doctoral Fellow. For more, follow her on Twitter: @MataLope