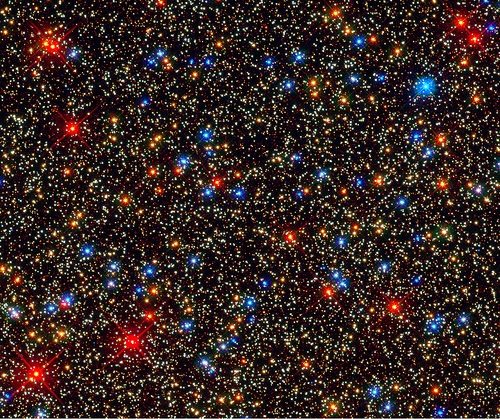 Effective organizational leaders are likely to possess deep knowledge of issues in and around the organization. For instance, they will know the full range of players in their environments as well as the dynamics between them, and their tenure, influence, and reliability as partners. They are likely to know what long-term funding sources are thinking about doing in their program area and, for that matter, what those contributors like to eat at lunchtime and by whom they might be influenced. All of this knowledge is colored by their personal perceptions; and it is all grist for the mill in the stakeholder balancing act that is part and parcel of the job of a nonprofit leader. This is part of the reason executive departures can be so disruptive: if the executive is the sole holder of the organizational reins (or if too much is invested in that one position), it can cause the organization to stagger.

Of course, there are alternatives to leaving our organizations vulnerable to lurching from one leader to another. We could fill the organization with leaders (with and without positional power) who are effective, knowledgeable, and aligned around the organization’s mission and strategy. What are the stakes—the risks—involved with not doing so?

Try this exercise in projection. What do you think happens next?

When such things happen in nonprofits, it usually means that attention to leadership development (and its impact on sustainability) has been inadequately addressed. The often unseen and unintended consequences may include a host of missed opportunities and organizational missteps. Hence, when the pool of capable organizational leaders is not continually nurtured, the organization may stagnate in the short term and become vulnerable in the long term.

The mental model that predominates nonprofit succession planning might be likened to the transition of one head of state to another. Nonprofits can end up with a new cabinet (middle management and board), a new fiscal policy, and even an entirely new program as a result. No wonder the simple act of replacing one person is so charged. Consider further whether this is a legitimate approach in an organization that is supposed to be the expression of collective values and intent.

One philosophically different approach to single-leader succession planning involves the continuous cultivation of leaders among staff, board members, and volunteers in order to have a cadre of people prepared to fill different leadership roles.

An investment in leadership development entails inviting and building talent at every level and sharing expertise, contacts, and decision-making authority. In this way you create a depth of institutional will, knowledge, and memory that can survive the transition of one individual, however remarkable. Not only will this benefit your single organization, but the broader cultivation of diverse and talented leaders will enhance the non-profit sector’s influence and effectiveness within communities served and within our society.

If your nonprofit organization clings to a one-leader model, it risks enormous disequilibrium in the loss of the nuanced understanding of and influence on the environment that was referenced earlier in this article. Suddenly you could experience a cascade of events: funders falter waiting to see how the new executive works out; productive partnerships are neglected and lost; cash flow tenuously managed hits the skids.

How do you avoid these setbacks? Below are three strategies that can provide equilibrium during leadership changes and, in general, grow the leadership capacity of the organization over time.

If a leader is lost on a fairly abrupt basis, the immediate questions within the organization are often:

An emergency succession plan is the minimum level of investment in a leader development approach to protecting your organization and cultivating talent. With the discussion of how to cover key positions (e.g., executive director, program director, comptroller, other important administrative positions), issues of cross-training, development, and growth opportunities become a part of performance management conversations and of the strategic goals for the organization.

To ensure the organization can operate effectively during times of unplanned change, plan for the change to occur. Build a strategy to ensure that there is some redundancy in the organization and that people with the right knowledge and skills are ready to assume responsibility if key leaders leave unexpectedly.

A Strategic Approach to Leader Development

Once this minimal risk prevention step has been taken, the next level of investment is to think about the longer-term cultivation of the staff and board. This cultivation can be keyed to strategic and business plans. Even if such plans do not exist, the organization generally will have some method to determine its focus, goals, and its strategies for accomplishing those goals. Make sure that you have taken this trajectory into account when you think about leader development:

Then consider again the function of teams and cross-training to create redundancies of skill, knowledge, and relationships.

With clear intention to cultivate a pool of board and staff leaders with diverse talents and experience, the organization becomes more deliberate in creating opportunities to educate, train, or expand the awareness of individuals for different aspects of the work. It becomes a cultural norm to expect curiosity, engagement, and excellence from every leader in the organization. What can aid in this?