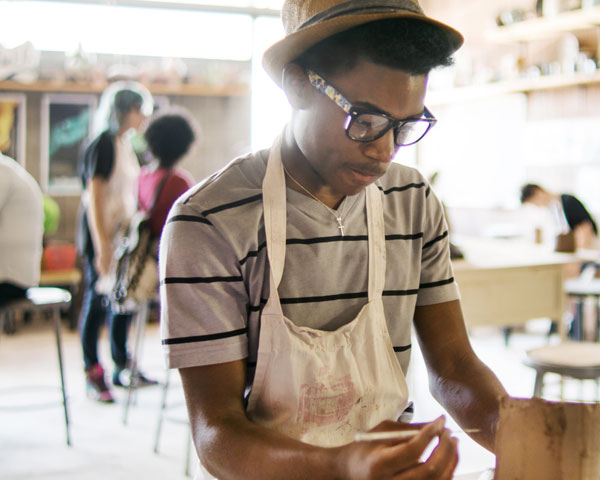 In Pittsburgh, the Manchester Bidwell Corporation (“Bidwell”), which has spawned a model linking the arts, technology, and workforce development that has since been replicated in 10 US cities and Israel, is being offered 22 acres of public land by Pennsylvania for the price of $1, subject to site studies on the property and final approval of the state legislature.

The land in question is a former prison site that opened in 1876 and just closed in 2017. Bidwell’s model relies, as its website indicates, on “constructing an empowering atmosphere of art, light, music, and a staff that strives to realize the genius in everyone”—in short, a vastly different atmosphere than prison buildings. Clearly, extensive reengineering would be required. Bidwell CEO Kevin Jenkins, however, says his team is “cautiously optimistic that they’ll have a plan in place by October, as the state has required.”

Founded in 1968 by Bill Strickland, who led the nonprofit for 50 years before stepping down last year, Bidwell began as a ceramics studio. It merged with the Manchester Training Center in 1972 and become a leading arts and technology center that provides debt-free education to its students. Over the years, according to an article written last year by Pittsburgh Post-Gazette reporter Maralynee Pitz, Bidwell has “molded the minds of tens of thousands of students, training them for careers in health care, horticulture, laboratories, restaurants, pharmacies, hotels, and private clubs.” In 2016–2017, it graduated between 71 and 89 percent of enrolled students across its programs, with job placement rates ranging from 75 percent to 100 percent.

Today, Rich Lord and Kate Giammarise in the Post-Gazette report, Bidwell “trains around 140 adults and 1,200 youth annually in job skills. The center trains adults to be chemical laboratory technicians, culinary artists, horticulturalists, medical assistants, medical claims processors, medical coders and pharmacy technicians, among other programs, and for youth offers school-day and after-school art and music education, plus jazz for all ages.”

Still, some community members are crying foul at the state’s generous offer. At a press conference held earlier in the month, Councilwoman Darlene Harris, who represents the local city council district, voiced her concerns. “I am opposed to this agreement as it is written and will continue to fight to ensure that the North Side communities have a voice.”

Harris is not the only skeptic. Joe Brown, a board member of Brightwood Civic Group, said the state had assured his group they would be consulted regarding the land’s use. “We felt comfortable with that promise they gave us,” Brown said. “We did not know that they were in a back room somewhere coming up with some other deal.” State Senator Wayne Fontana, who would have to vote on the sale, notes that community buy-in is required. “It’s not a done deal by any stretch of the imagination,” Fontana says.

A week later, however, middle ground may be emerging. Maybe Bidwell can have some of the land, with another part dedicated to historic preservation. Lord and Giammarise note that, “The massive prison site has more than a dozen buildings, including the old warden’s quarters, prison housing units, dining hall, auditorium, storage buildings, warehouse, visitors’ complex, and the circa 1922 ‘correctional industries’ shop buildings where license plates were manufactured, according to a historic survey about the site prepared last year for the state.”

The Western Penitentiary may lack the cachet of its Eastern State Penitentiary cousin, a celebrated museum in Philadelphia. Still, a consultant survey found the prison to be “a significant example of a Victorian-era penitentiary that combined historical architectural forms and methods of construction with modern advances in infrastructure, utilities, sanitation, and features of prison design influenced by the industrial revolution.”

For her part, Harris was sounding a little more conciliatory. “I just was surprised that [the state] would pick one entity and sell 22 acres with so much history, for a dollar,” Harris told Lord and Giammarise. “It’s nothing about Bidwell. I think they’re a great group and have done a lot of good.”

As for Bidwell, Jenkins concurred that Bidwell would consult community members before moving forward. Speaking for the Northside Leadership Conference of neighborhood organizations, executive director Mark Fatla cautions that no consensus position has emerged. And a final decision seems unlikely until Bidwell reports back on its plans in October.

As Lord and Giammarise note, Pittsburgh is not the first community to deal with prison reuse. “Around the country,” they write, “former prisons have found diverse second lives: social service sites, a small farm incubator, a museum, a movie studio.” How Pittsburgh proceeds will be interesting to follow.—Steve Dubb