From a state where local government feels that nonprofits are failing to contribute their fair share, here’s a story of nonprofits providing critical unique resources to their hometown from the Scranton, Pennsylvania Times-Tribune.

Scranton Mayor Bill Courtright is in his fourth year in office, backed by the expertise of financial consultant Henry Amoroso, a key adviser. Amoroso is in the last year of a three-year arrangement paid for by three nonprofits—Allied Services, Geisinger Health Services and Lackawanna College—to the tune of $100,000 annually.

“They felt they wanted to keep him” going as an adviser for the city, the mayor told the Times-Tribune. “Obviously, they think he’s a very good asset for the city.”

Courtright had proposed bringing in an outside consultant during his successful 2013 primary election as a way to tackle the city’s financial problems. Scranton, like many industrial cities in the Northeast and Midwest, was confronting a shrinking tax base and mounting costs. Amoroso had helped Newark, New Jersey reduce its deficit, and was recommended to the mayor when he took office. But the mayor wanted to get that outside help without it costing the city any money.

At that point, the Greater Scranton Chamber of Commerce funded the first year’s contract with the consultant, for a total of $60,000. After the chamber funding ended, the three nonprofits partnered to pay Amoroso’s annual fee of $100,000 for the next three years. Allied and Geisinger, both health care providers, each donated $35,000 a year, while Lackawanna College donated $30,000 annually, according to the paper.

“[We] initiated this…[to] make an investment in the city,” an Allied spokesman said of the three nonprofits jointly funding the fee. “By all accounts, the relationship is working out well. The city has followed the recommendations.”

Of course, without a more significant backstory, this begs questions about more regular PILOT payments that go into a government’s general fund. In this case, we would have the same sets of concerns as we would about any philanthropy in public systems. Does the fact that such a key advisory position is not paid for by taxes raised undercut accountability to the public? Should payments to municipalities in lieu of taxes be designated for particular purposes while other taxes are spent only after deliberation by publicly elected representatives? We’d love to hear from readers about this arrangement.—Larry Kaplan 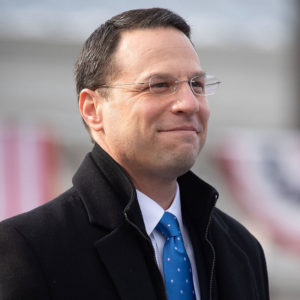