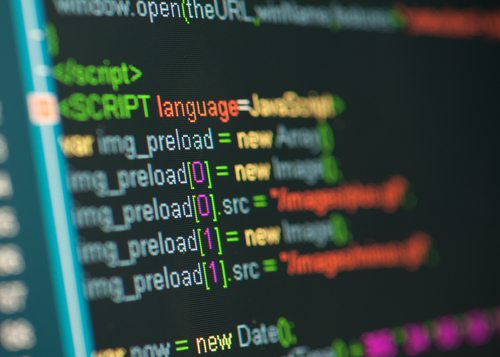 The new nonprofit Code.org thinks young people would have better job prospects if more of them knew how to write code, and it has enlisted some familiar faces to push its computer programming message, including Facebook founder Mark Zuckerberg, Twitter founder Jack Dorsey, and even Miami Heat basketball player Chris Bosh. The nonprofit’s latest message comes in the form of a short film directed by Lesley Chilcott, producer of the acclaimed documentary films Waiting for Superman and An Inconvenient Truth.

The film contains advice from many average people who used their computer coding skills to become technology rock stars. For example, the film begins with a quote from Steve Jobs: “Everyone in this country should know how to program a computer, because it teaches you how to think.” Zuckerberg tells young people he started small, learning a little bit about coding “so I could make something fun for myself and my sisters.” After that, he said, he learned small new skills and added them—until eventually he knew enough to build Facebook. You can watch the five-minute film here:

“I think if someone had told me software is really about humanity, that it’s really about helping people by using computer technology, it would have changed my outlook earlier,” Girl Develop It co-founder Vanessa Hurst says in the film. Code.org wants to make the case that coding should be part of the normal school curriculum, right along with English, math and science. It also wants to let young people know that learning programming at any age can open up a world of job opportunities in an economy where jobs are hard to find.

“Enrollment rates in programming classes are low, but what is worse is that schools aren’t even teaching it, even though this is the fastest growing segment of jobs in the country,” one of Code.com’s founders, Hadi Partovi, tells TechCrunch.

The nonprofit has several suggestions for people who want to get involved in the effort. First, it hopes its followers will show the film to as many people as possible. Secondly, it’s asking teachers to sign a petition to get computer classes added to the curriculum of all schools, and it wants engineers to volunteer their time to help teach coding skills. The Code.org website even has a tool where kids—or adults—can start programming right away. So apparently, there’s no excuse for anyone to not know at least the basics of coding. –Mary Jo Draper