Rebuilding Internal Trust after a Sexual Harassment Scandal at NPR 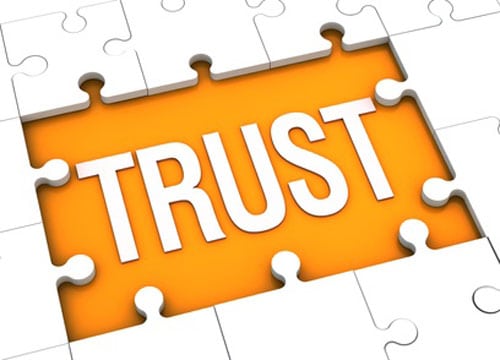 When the word “Public” is your middle name, you have to answer to a lot of people. Amid the #MeToo scandals, the venerable National Public Radio (NPR) became one more example of a larger trend, firing one of its top leaders (in this case, Michael Oreskes, senior vice president of news) in November. An outside probe that followed found that concerns had been raised (but largely ignored) since his arrival at NPR and he had been warned repeatedly about his behavior toward women. Being NPR, this scandal became part of their news cycle. But it also had grave impact internally—as it might in any organization seeking to uproot an unhealthy workplace culture.

This week, NPR promoted three women to key leadership positions in the nonprofit organization. Key among the three is Loren Mayor, who assumed leadership with Oreskes’s departure last year with a different title and will now become chief operating officer. Two other women will lead as senior vice president for programming and audience development and SVP for membership partnership. While promoting three women in one fell swoop may look like a “political” statement, Mayor indicated that it is in keeping with NPR’s history of always having strong women in the lead, like Nina Totenberg and Cokie Roberts.

But it’s no simple task to rebuild an organization where staff are enthusiastic about their work and feel comfortable speaking up. NPQ has addressed this issue a number of times. In February, NPQ addressed the role and responsibilities of boards in making sure staff are fully educated as to expectations and responsibilities and safeguards around sexual harassment in the workplace.  In June 2018, NPQ noted that policies alone will not stop harassment for women in academia and that deeper cultural change is required, particularly in science-related fields, where sexual harassment remains prevalent. But at NPR, Mayor is seeking to go deeper, to make this more personal than a set of policies and procedures or a once-a-year training. Her journey to rebuild the internal culture of trust at NPR has taken a somewhat different path.

Amid “a lot of emotion and a lot of anger” within the organization in the wake of Oreskes’ firing last fall, Mayor said, she embarked on a listening tour, holding “dozens and dozens” of hour-long sessions with employees.

“I just asked people to talk about why they were upset, what was wrong,” she said, “and to the degree that they had thoughts and suggestions on what we should be doing differently, to let me know.”

After taking a beat to synthesize what she’d heard, Mayor says she created a “roadmap,” sharing it with the entire staff and soliciting feedback. The map contained five broad categories that aimed to address the past, fix processes, “understand the facts,” strengthen workplace culture, and solidify the leadership team. Mayor outlined 21 specific action items that fell under the various categories, she said, and shares weekly updates with the entire staff on their progress—keeping the mission “front and center.”

Some new processes have emerged. They include a clarified complaint process, mandatory in-person harassment training, a climate survey, greater HR capacity, and the initiation of an anti-harassment “peer support group.” Mayor indicated that this group will help ensure that issues get brought up and do not stay below the surface. In addition, any issues related to the executive staff are immediately brought to the board chair or vice chair.

Mayor hopes that all leadership staff see themselves as role models for others and understand the need to value and take seriously any issue raised by staff.

“Power dynamics are at the root of so much—it can get expressed in one terrible way, as sexual harassment, but it also manifests itself in many other ways,” she says. “One of the things it’s made me think about is, if you’re in a setting, if you’re in a meeting, what is the experience for the person with the least amount of power there? […] If they don’t feel like they can speak out, say what’s on their mind, raise an issue, then we haven’t created as strong a workplace as we need to. And that is a lesson that I’ve learned, and I wish I understood more earlier.

As with so many nonprofits, people work at NPR because they believe they can make a difference in people’s lives by the work that they do. If the changes being made now to reestablish trust and engage all staff in the mission and work of NPR succeed, other nonprofits will want to pay attention. Stay tuned.—Carole Levine