Reconsidering Executive Pay: How Should Nonprofits Think about Compensation 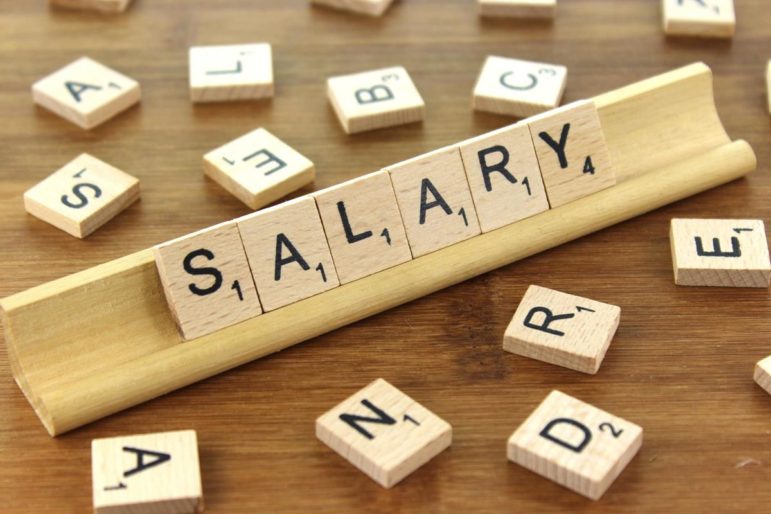 An Israeli newspaper’s rare deep dive into the fiscal management practices of North America’s $16 billion network of Jewish federations and their associated foundations provides a textbook example for nonprofit leaders. With support from the Pulitzer Center on Crisis Reporting, Haaretz analyzed four years of publicly available financial data to understand how this large network of organizations managed their significant resources. For boards and staff across the nonprofit spectrum, Haaretz has illustrated the grey areas that confront every board as they balance their internal needs against public interests and weigh how transparent they need be.

In addition, as NPQ recently covered, Haaretz’s look at how these organizations manage conflicts of interest and self-dealing provides insight into how they approach paying for the staff they require. Haaretz found that many federations found it necessary to pay dearly for their leadership staff, raising the question of how much is too much? Looking at a chart that Haaretz prepared showing the top ten federation earners illustrates this question quite dramatically.

The rationale for high salaries is that the great talent that these jobs require necessitates paying what the market demands. Keeping successful staff justifies the cost. The president of one board told Haaretz that it was “leadership rather than…salary, that is exceptional. In his distinguished tenure…he has grown operations to annually serve…millions… His work has left an indelible imprint.”

To justify these salaries, Lisa Runquist, an expert on nonprofit law, told Haaretz,

What the board needs to do is make sure that they’ve done everything they can to assure that there isn’t either a conflict of interest, or that the decision they’re making is in the best interest of the organization, for whatever reason. And if it’s more than what you normally would pay [an executive], the board needs to justify that. Is the person doing extraordinary services that would justify it?

And that is what their leadership says they do. The President of the Chicago Federation told Haaretz that their CEO “leads the second-largest Jewish Federation in the nation, and has grown it to be a $1.9 billion organization with total fiscal-year ’17 revenues of $299 million, making it one of the largest not-for-profit organizations in the nation – comparable in size and scope to a major corporation in the private sector.” To set his salary, “a compensation committee comprised of volunteer leaders…In a documented, annual review process…analyzes comparable data from other large nonprofit organizations to ensure compensation…is consistent with the market.”

Using organization size and growth as the key benchmark is common across the nonprofit sector. In a recent study of nonprofit CEO compensation, Elizabeth Keating and Peter Frumkin found nonprofits “tend to focus heavily on financial measures of nonprofit performance rather than on the social dimensions—namely, mission fulfillment. Nonprofit managers have also sought ‘comparable pay’ with business managers.” Should getting bigger outweigh getting better when it comes to judging the worth of personnel?

In the real world, the process may be less textbook than it sounds. The seemingly independent players who are tasked with setting salaries may not be so independent. It is not uncommon for there to be close, even familial, ties within boards and their staff, as NPQ’s Ruth McCambridge pointed out the other day. For example, according to Haaretz, “in 2015, there were family relationships between 49 out of a total 150 trustees at the Cleveland Federation. The same federation reported business relationships with 52 of their trustees.” In another one relative served on a board responsible for setting the salary of their spouse. Beth Kingsley, a D.C.-based lawyer representing nonprofits, told Haaretz that “just from an organizational perspective, having related people on the board can be a problem because it’s hard for them to act independently as directors.”

While nonprofits report the compensation information for their highest paid employees annually as part of the federal tax return, the information is not easy to understand and is open to debate. The annual earnings information often includes more than just salary. A spokesperson for one organization explained how complicated it was to understand the data, noting that for one employee, one third of the Form 990 data “represents a cash distribution from a supplemental executive retirement plan” and that for another employee, “a significant portion…represents an industry-standard performance bonus, reflecting best practices in the industry.”

So how transparent must a nonprofit organization be to protect the public from the reality or appearance of conflict of interest? Given the complexity of modern compensation systems, the need to pay for talent, and the potential for conflicts of interest polluting the entire process, we are left to ask: how public must nonprofits be? One frame of reference that boards might use is whether they are willing to do more than the minimum to inform their community of the decisions they are making. While the IRS requires that salary information be included in an organization’s annual tax return, is that enough?

As scary as it may seem, Haaretz’s lesson for the nonprofit world is that the entire process of salary setting should be much more open. If we are not loud and proud about the decisions we are making, perhaps there really is a problem.—Marty Levine