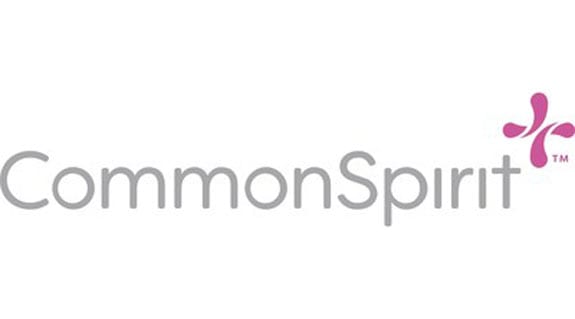 “Englewood-based Catholic Health Initiatives…has completed its merger with San Francisco-based Dignity Health to form a nearly $30 billion healthcare giant spanning 21 states,” reports Wayne Heilman in the Colorado Springs Gazette. Heilman explains that the new combined nonprofit, now called CommonSpirit Health, will be based in Chicago. It will operate “142 hospitals and more than 500 other health care facilities nationwide with about 150,000 employees.”

The merger has been a long time coming. Heilman notes that, “Catholic Health and Dignity agreed to the merger in December 2017 after signing a letter of intent 13 months earlier.”

Writing in Healthcare Dive, Lee Masterson adds that formally the merger is between equals. “Englewood, Colorado-based CHI CEO Kevin Lofton and San Francisco-based Dignity Health President and CEO Lloyd Dean will both serve as CEOs for the new health system,” notes Masterson. Even the headquarters (Chicago) is a city where neither organization was based. Local hospitals and facilities will keep their Dignity and Catholic Health Initiative (CHI) names.

Still, CHI seems to have needed the merger more than Dignity. Kacik notes that CHI lost $593.4 million in 2017 and $276.7 million in 2018. Dignity reported a gain of $529.3 million in 2018, up from a loss of $66.8 million the year before. Kacik also reports that, “Dignity’s board meeting minutes revealed that its executives and directors were concerned about CHI’s financial position.” More than half of the executive team will come from Dignity, Kacik writes, compared to 38 percent from CHI (and eight percent external to both). The combined CommonSpirit Health will have 150,000 employees, 25,000 physicians and clinicians, and will become the largest Catholic healthcare provider in the US.

Both healthcare systems themselves are the product of previous mergers. As Masterson explains, “Catholic Health Initiatives was formed in 1996 with the consolidation of four Catholic hospital systems and operated 101 hospitals in 18 states, employing more than 91,000 people and generating $15 billion in annual revenue.” Dignity, too, over the past decades acquired more than half of its hospitals from other health providers.

In merging their systems, Dignity and CHI have followed a common industry trend. An analysis published in Lexology from the law firm Hall Render Killian Heath & Lyman PC points out that the three leading rating agencies—Fitch, Standard & Poor’s, and Moody’s—all expect to see “continued consolidation for nonprofit hospital systems in the coming year.” The drivers, financial analysts at these agencies say, include reducing costs and, perhaps more importantly, increasing leverage with insurance companies to negotiate higher payments.

One matter that had held up the merger was gaining approval from the attorney general’s office of the state of California, which only took place on November 21, 2018. In exchange for its approval, the attorney general’s office did attach some conditions to CommonSpirit Health’s policies at its 30 California hospitals. To summarize, these conditions were:

CommonSpirit Health says it wants to focus its efforts in five key areas: expand clinical capabilities, such as focusing on patients with chronic and complex conditions; shift toward services outside of hospitals; invest in technologies for more convenient care; address social determinants of health; and retain and recruit an experienced workforce “where people embrace service to others.”—Steve Dubb

More about: Management and LeadershipMergersNonprofit News